The word vice can be defined as a bad habit or ongoing pattern of behavior that represents moral weakness or depravity. Some vices are actions often considered to be evil or wicked, while others are more self-indulgent in nature. Review this list of vices to better understand what kinds of behaviors and emotions represent vice. 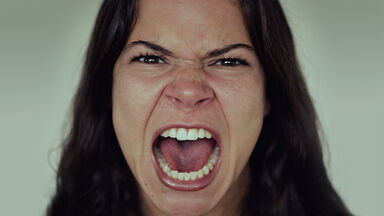 Examples of vice can find its way into human behavior in many ways. Common vices include:

While not all anger is an example of vice, the type of anger that leads to hatred, a deeply-held desire for revenge, or extreme resentment against others falls into the category of vice. Anger rises to the level of vice when it is so strong or deeply held that a person comes to despise or feel rage toward specific individuals or groups of people to such a degree that they want to exact revenge or otherwise bring harm to others.

While people should take pride in their work and feel proud of their accomplishments, pride taken to the extreme can become arrogance. People who are arrogant tend to have an elevated sense of self-worth, leading them to believe they are better than other people. They tend to see themselves as superior to others. As a result, their behavior tends to come across as conceited; other people sometimes describe arrogant individuals as stuck-up.

A person whose behavior is characterized by envy is an individual who wants what other people have, or even what they perceive other people have regardless of whether they really do. Rather than being happy for the achievements of others, envious individuals feel slighted and jealous when they believe that others have gained something that they feel is lacking in their own life. It leads to a general sense of dissatisfaction with one’s own situation and a desire to have or take what belongs to others.

Gluttony refers to eating or drinking to excess on a habitual basis. This term does not refer to a simple act of overeating on occasion, but rather to a behavioral pattern of over-consuming to the extreme. Gluttony represents an extravagant form of overindulgence as a matter of habit. Someone who is a glutton takes more than his or her share, even if it means there is not enough to meet the basic needs of other people. Gluttony can also include the habitual excessive consumption of alcohol, to the point of extreme drunkenness or even passing out.

Greed is an example of vice. People who are motivated by greed seek to add to their material wealth, even at the expense of the well-being of others. Greed leads to people seeking to gain more and more money and goods, often compulsively and without regard to who may be harmed by their laser-like focus on continuing to accumulate wealth or material possessions. In its extreme, when a person can never be satisfied no matter how much they accumulate, greed becomes avarice.

Lust can be defined as an overwhelming craving to satisfy a desire. Most commonly used to describe a strong sense of sexual need, lust is not simply feeling physically attracted to another person. It’s more extreme and self-centered, being more of a drive to gratify one’s own needs and desires without regard to impact on other people. The vice of lust isn’t about romantic interest or love, but rather self-gratification. Lust isn’t always sexual in nature; this term can also refer to an overwhelming drive or desire to own or possess material possessions. For example, a person can lust after a luxury vehicle, diamonds, riches, etc.

While the words sloth is sometimes used to describe inactivity, that approach doesn’t really explain what sloth means in the context of vice. Taking a break to recover from a busy schedule can be good for a person. Sloth is more of a complete lack of effort paired with a habit of laziness. A person is exhibiting sloth when the individual doesn’t engage in things that really matter. For example, failing to put effort into personal relationships is an example of sloth, resulting in taking the other person for granted instead of engaging appropriately.

This list represents just a few basic examples of the many ways vice can show up in the actions of people. Learning about common vices and bad habits can be a great way to expand your understanding of human behavior. Now that you have basic knowledge of some of the most frequently occurring human vices, you’re on your way to unlocking the mystery of what motivates the actions of some people in some situations. For additional insights, spend some time exploring examples of unethical behavior and further improve your ability to communicate about human behavior by exploring a list of words that describe behavior.