The term "loaded language" refers to words, phrases, and overall verbal and written communication that elicit a strong emotional response from the reader or listener. We use language to appeal to emotion in our everyday conversation. It's also beneficial when delivering a persuasive speech, making it a fan-favorite of politicians, public figures, advertisers, and corporations. Let's take a look at some loaded language examples to get a better sense. 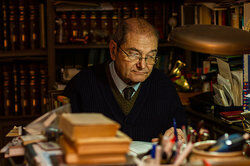 Loaded words are a persuasive technique that has also been called emotive language, high-inference language, or loaded terms. It is often used in order to:

Some have even claimed that the use of loaded language is a brainwashing technique.

The noted writer George Orwell in a discussion of using loaded language had this to say in Politics and the English Language:

"The word Fascism has now no meaning except in so far as it signifies 'something not desirable.' The words democracy, socialism, freedom, patriotic, realistic, justice have each of them several different meanings which cannot be reconciled with one another. In the case of a word like democracy, not only is there no agreed definition, but the attempt to make one is resisted from all sides. It is almost universally felt that when we call a country democratic we are praising it: consequently the defenders of every kind of regime claim that it is a democracy, and fear that they might have to stop using that word if it were tied down to any one meaning."

While loaded language may have a tendency toward brainwashing (or persuasion), it's not always intended to sway the audience. Sometimes, the speaker or writer is merely trying to inform or motivate an audience. This is known as rhetoric. Rhetoric uses language that appeals to emotions but the main goal is to share logic or values. For more on that, enjoy these examples of rhetoric.

Often, loaded language exists as a substitute for other words or phrases, one more negative or positive than the other depending on the circumstance. A loaded word is chosen because the speaker or writer believes it'll be more persuasive than an alternate neutral word.

Examples of Loaded Words in Sentences

Let's take a look at some of these loaded words in action:

Foreign words are also often used as loaded language, providing an air of knowledge, culture or pretense. Some common examples include:

Certain metaphorical phrases can also be loaded. We see these most often in idioms. These phrases aren't intended to be taken literally. Rather, they're meant to make a statement and stick in the minds of others.

A lot of loaded language has a basis on connotation. That is, we don't take the word at its literal meaning. Rather, there's a meaning that's generally accepted or understood. For example, in the "ax to grind" example, no one's actually grinding an ax. The connotation there is that there are no sharp edges; there's no ill-will. For more on the wonders of connotation, enjoy Connotative Words: Examples and Exercises.

Loaded language is widely used and very effective in gaining emotion. Now that you understand its uses, it'll be fun to keep an eye out for it. Watch for loaded language any time you hear a politician speak; you're sure to hear lots of it!

There's no denying President Trump repeatedly uses his words to convey powerful messages. Take a scroll through his 20 Most Frequently Used Words.