The Middle East: List of Countries in the Region

The Middle East is often referred to as a region, but it is actually a somewhat loosely defined geopolitical area that generally includes 17 countries across parts of two continents (western Asia and northeastern Africa). The definition of the region is not absolute; other countries are sometimes described as being part of the Middle East. Explore the nations that make up the region known as the Middle East. 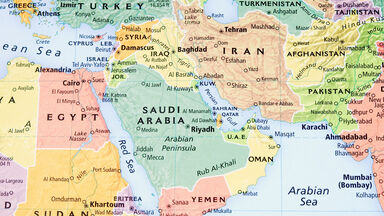 The other four countries in the Middle East don't all have the same official language. It is quite common for people who live in this region of the world to speak multiple languages.

Since the phrase Middle East is more of a political term than a true regional descriptor, other nations are sometimes included in discussions of this region. For example, Afghanistan and Pakistan are often discussed as being part of the New Middle East, but they are more accurately classified as South Asian countries.

Now that you are familiar with what nations comprise the Middle East, expand your knowledge about the area by reviewing a glossary of the Middle East. Then, explore another part of the world with a list of Asian countries and regions.