The term "mores" refers to the norms set by society, largely for behavior and appearance. Individuals who do not follow social mores are often considered social deviants. 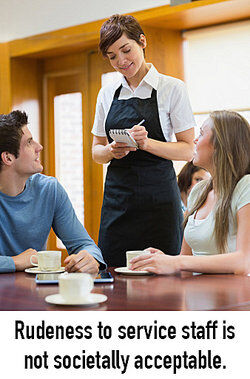 Couple ordering from a waitress as mores examples
Advertisement

Social Mores You May Be Familiar With

Mores are often dictated by a society's values, ethics, and sometimes religious influences. Some mores examples include:

You have probably encountered many other examples of social mores as well. Now you will better know what they are when you see them in the future.