The term non sequitur refers to a conclusion that isn't aligned with previous statements or evidence. In Latin, non sequitur literally means "it does not follow." 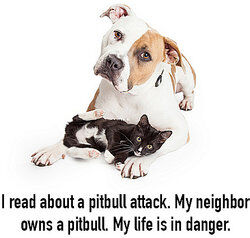 Non sequiturs are found in everyday conversation and fallacious arguments, and are often used to good effect in literature. Let's take a look at examples of these statements that “do not follow.”

Not only do non sequiturs fail to follow logic, they're usually untrue, having jumped to unfounded conclusions. In conversation, a non sequitur is a statement that seems absurd – often causing confusion due to lack of understanding.

In the non sequiturs below you'll see they either don't follow a line of logic or are potentially fallacious in their nature.

In literature, non sequiturs are often used for comedic purposes, as in the Theater of the Absurd. In these instances, something is stated that bears no relevance to what was being discussed.

These non sequiturs are so far-fetched, they serve as a literary technique for some added texture and comedy. Often, they catch people off guard, surprising a laugh out of them.

It was a spring day, the sort that gives people hope: all soft winds and delicate smells of warm earth. Suicide weather.
- Girl, Interrupted, Susanna Kaysen

"I love you," she said. She nestled closer, her hand moving up the back of his neck. The wind lifted. "Don't kill me," he said. "I'm not going to," she said.
- Lexicon, Max Barry

"You should learn not to make personal remarks," Alice said with some severity. "It's very rude." The Hatter opened his eyes very wide on hearing this; but all he said was, "Why is a raven like a writing-desk?"
- Alice’s Adventures in Wonderland, Lewis Carroll

POLONIUS: If you call me Jephthah, my lord, I have a daughter that I love passing well.

HAMLET: Nay, that follows not.

ESTRAGON: What did we do yesterday?

VLADIMIR: What did we do yesterday?

VLADIMIR: Why . . . (Angrily.) Nothing is certain when you’re about.

ESTRAGON: In my opinion we were here.

VLADIMIR: (looking round) You recognize the place?

ESTRAGON: I didn’t say that.

ESTRAGON: That makes no difference.

“What are you doing?” Yossarian asked guardedly when he entered the tent, although he saw at once. “There’s a leak in here,” Orr said. “I’m trying to fix it.” “Please stop it,” said Yossarian. “You’re making me nervous.” “When I was a kid,” Orr replied, “I used to walk around all day with crab apples in my cheeks. One in each cheek.”
- Catch-22, Joseph Heller

GUILDENSTERN: The scientific approach to the examination of phenomena is a defense against the pure emotion of fear. Keep tight hold and continue while there’s time… The sun came up about as often as it went down, in the long run, and a coin showed heads about as often as it showed tails. Then a messenger arrived. We had been sent for. Nothing else happened. Ninety-two coins spun consecutively have come down heads ninety-two consecutive times — and for the last three minutes on the wind of a windless day I have heard the sound of drums and flute.

ROSENCRANTZ (cutting his fingernails): Another curious scientific phenomenon is the fact that the fingernails grow after death, as does the beard.

There's a dual purpose behind non sequiturs. On one hand, they're fallacious in nature, often causing people to spread inaccurate information.

On the other hand, non-sequiturs are so wrong, they're comedic. Watching someone make a giant leap from one thought to another can be unexpected or absurd enough to surprise a laugh out of the audience.

If you're writing something entirely research and fact-based, be sure to avoid these types of statements. That's a sure-fire way for someone to flag your writing. If, however, you're looking to have some fun and throw a curveball into the crowd, see if you can come up with a laughable non sequitur to make readers stop and think, "Wait a minute…"