A phrase is a group of words that express a concept and is used as a unit within a sentence. Eight common types of phrases are: noun, verb, gerund, infinitive, appositive, participial, prepositional, and absolute. Take a look at our selection of phrase examples below. 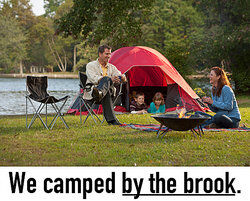 A noun phrase consists of a noun and all its modifiers.

A verb phrase consists of a verb and all its modifiers.

A gerund phrase is simply a noun phrase that starts with a gerund.

An appositive phrase restates and defines a noun. It consists of one or more words.

A participial phrase begins with a past or present participle.

A prepositional phrase begins with a preposition and can act as a noun, an adjective or an adverb.

An absolute phrase has a subject, but not an action verb, so it cannot stand alone as a complete sentence. It modifies the whole sentence, not just a noun.

These are just a few examples of the eight different kinds of phrases. For further information and examples of each type click on the links in each section.