Polysyndeton Examples and Their Unique Effects

Polysyndetons are an important figure of speech and add weight to your words and enthusiasm and power to writing. Polysyndeton examples show you how a polysyndeton uses conjunctions in a sentence, passage of a book, song, or even a movie. 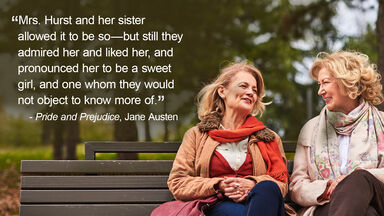 Polysyndeton is a big word coming from Ancient Greek. Breaking down the roots of the word, this literary device means ‘many bound together’. This definition works to define a polysyndeton perfectly; it’s the use of several conjunctions such as and, or, for, and but to join together clauses in a sentence. Now, these repeat conjunctions aren’t grammatically necessary or correct, but they have a purpose. Writers use polysyndetons in writing to give the items equal power rhythm, and even enthusiasm.

A great example of polysyndeton is the postal creed:

‘Neither snow nor rain nor heat nor gloom of night stays these couriers.’

The use of nor isn’t technically necessary in the statement. However, the polysyndeton effect gives each different item in the statement the same weight and adds gravity. These couriers won’t let anything slow them down. Explore other polysyndeton examples used in literature, songs, and media.

Polysyndeton is a figure of speech writers love to use. Not only can it be seen in famous classics, but it’s in modern books as well.

After the Storm Example

In After the Storm, Ernest Hemingway uses the polysyndeton to emotionally connect the various aspects of the scene. It works to show the reader the true destruction.

I said, ‘Who killed him?’ and he said, ‘I don’t know who killed him but he’s dead all right,’ and it was dark and there was water standing in the street and no lights and windows broke and boats all up in the town and trees blown down and everything all blown and I got a skiff and went out and found my boat where I had her inside Mango Key and she was all right only she was full of water.

In Pride and Prejudice, Jane Austen uses polysyndeton often to add enthusiasm and emphasis to the words. In this example, the polysyndeton works to add liveliness to the description and give each statement equal merit.

Mrs. Hurst and her sister allowed it to be so—but still they admired her and liked her, and pronounced her to be a sweet girl, and one whom they would not object to know more of.

The use of polysyndeton is great for giving specific things equal power. As shown in The Hunger Games example, lard, shoelaces, and wool all become of equal importance.

The Voyage of the Dawn Treader Example

The repetition of ‘or’ in the excerpt from The Voyage of the Dawn Treader, works to add power to each of the words. These necessities then hold equal weight in the passage and show their importance, making them all ‘worth having’.

And I do not see that it brings into the islands meat or bread or beer or wine or timber or cabbages or books or instruments of music or horses or armour or anything else worth having.

While literature is famous for its use of polysyndeton, songwriters like it too. Why? Because it adds a nice rhythm to the song lyrics. It also adds power to the melody!

In the song, Valerie (originally by the Zutons and famously covered by Winehouse) the repetition of the word ‘and’ adds a sense of longing you feel in your heart. It also works to slow down the rhythm of the song to help support this feeling.

Well, sometimes I go out by myself

And I look across the water

And I think of all the things, what you’re doing

And in my head I paint a picture.

Cause since I've come on home

Well my body's been a mess

And I've missed your ginger hair

Won’t you come on over

In his protest song Masters of War, Bob Dylan makes you feel his rage and revulsion in his lyrics. The continued use of ‘and’ illustrates Dylan’s fury at the puppet masters of the war. It adds power to his anger creating a list you aren’t sure will ever end.

And I hope that you die

And your death'll come soon

In the pale afternoon

And I'll watch while you're lowered

Down to your deathbed

And I'll stand over your grave

'Til I'm sure that you're dead

Polysyndeton Examples in Movies and TV

While polysyndeton is great for adding power and weight to words, it’s used to add comedy too. See both sides of this coin in movies and TV polysyndeton examples.

Looking to add a little humor to life? Check out how polysyndeton is used by Professor Fink in the Simpsons to add comedic relief.

Oh, sorry I’m late. There was trouble at the lab with the running and the exploding and the crying when the monkeys stole the glasses off my head.

The Lion in Winter Example

In her speech in The Lion in Winter, Katharine Hepburn’s character adds depth and despair to her speech through the repeated use of ‘nor’. It shows how humans are truly the origins of war.

Oh, my piglets, we are the origins of war—not history’s forces, nor the times, nor justice, nor the lack of it, nor causes, nor religions, nor ideas, nor kinds of government—not any other thing. We are the killers.

Now that is a lot of ‘detons’! While they look similar, each of these terms has a specific purpose in writing, and all use conjunctions in some way. Since you have a clear idea of what a polysyndeton is, check out what syndeton and asyndeton are.

Much like a polysyndeton, asyndeton will draw your attention and add emphasis. Syndeton, on the other hand, will fly under the radar as a normal sentence.

Polysyndetons make you pause. They show you the power of the words. Now that you’ve seen the polysyndeton effect, check out asyndeton examples to see how this works in writing.