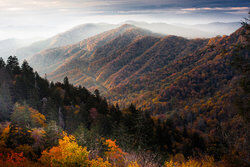 Here we have a selection of sentences that are making declarative statements. That is, they’re simply relaying information believed to be true.

What About Negative Sentences?

What about sentences that don’t contain helping verbs? In the examples above, “He traded in his Android for an iPhone,” does not contain a helping verb.” When this happens, “not” will be your friend, as well as a form of the word “do” or “will” (including “do,” “did,” and “does”). Let’s turn this Android scenario into a negative sentence.

“He did not trade in his Android for an iPhone.”

Here, “not” follows the main verb (or action verb) “trade.”

Let’s look at a few examples:

What happens when we replace a negative sentence for a positive sentence? Well, in most cases, our writing becomes clearer. It tends to cut straight to the point. Instead of saying this is wrong, or that is not correct, we can simply say what is so.

Positive sentences do a better job of stating how things are. In the first negative statement example above, we "know" that the dish does not contain veal. Does that mean it has chicken? Or pork? Or is it vegetarian? We don't know. There are near infinite possibilities. But, when we look at its positive statement counterpart, we know that it is beef.

Positivity is more than rainbows and butterflies. It’s also a matter of clarity. When we write positive sentences, we say what is, rather than what isn’t. This makes positivity a close relative to the active voice. The active voice adds impact to your writing. Have you ever examined the differences between the active voice and the passive voice?

The active voice expresses clear, cohesive statements where the subject is the one carrying out the action of the verb. In the passive voice, the subject typically comes after the verb, creating a bit of a muddled scenario. Take on clarity and positivity as you learn more about how to change passive voice to active voice.