Examining and explaining post hoc ergo propter hoc examples can help to illustrate how frequently people commit this type of logical fallacy. This strange Latin phrase translates as, "After this, therefore because of this." In other words, if event Y happens after event X, then event X must have caused event Y. Of course, this isn't necessarily the case. Consider these post hoc fallacy examples. 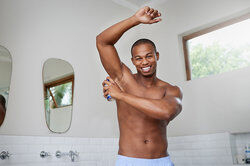 In these ads, we see a young man who is struggling to attract women. He applies some AXE body spray, and suddenly, several gorgeous women are immediately drawn to him. The implied connection is that the spray-on deodorant attracts women.

The same kind of dynamic applies to a broad range of industries. A person subscribes to a diet program and loses significant weight, so we are led to believe the diet program caused that weight loss. But, what if that same person also exercised a lot more over the same period of time?

This was actually the subject of an xkcd comic. In many ways, the post hoc ergo propter hoc fallacy is a specific subset of the fallacy wherein someone may assume a causational relationship from one that might just be a positive correlation. After Person A took the statistics class, they no longer thought that correlation implied causation. Person B assumes that this is because of the statistics class, which may or may not necessarily be the case.

Professional athletes are notoriously superstitious. One of the more notable examples of this is legendary basketball player Michael Jordan. It's been said that he wore his University of North Carolina shorts underneath his Chicago Bulls shorts every game for the entirety of his NBA career.

The UNC shorts were "lucky." Did Jordan proceed to win multiple championships because he wore two pairs of shorts? Probably not, as this was likely a faulty generalization. Many baseball players commit a similar kind of post hoc error when they step up to bat and go through a specific routine. They think that when they perform that routine, they have a better chance at getting a hit.

Did you hear about the child who received a routine measles, mumps, and rubella (MMR) vaccine and subsequently developed autism? The vaccination must have caused the developmental disorder, right? No, remember correlation does not equal causation.

Despite the fact that the Centers for Disease Control and Prevention (CDC) assert "there is no link between vaccines and autism," there is a growing anti-vaxxer movement in the general public.

The reality is that nothing exists in a vacuum. While you naturally want to draw a straight line between two events -- and that's how post hoc ergo propter hoc errors happen -- there are usually other factors at play.

Let's say, for example, that a local restaurant decides to revamp its menu, introducing a number of new items. After a couple weeks, sales skyrocket and the restaurant is more successful than ever. The new menu items must have caused this increase in business, right?

What if, however, the restaurant also ran an aggressive advertising campaign to promote the new menu? Was it the new menu that generated more business or simply the increased visibility due to the ad campaign? What if a competing restaurant closed down around the same time?

Politicians, like most people, are apt to take credit when things go well, and they're quick to blame outside forces when things don't go so well.

President Barack Obama has been credited for turning the economy around after the recession. After a couple of years of significant losses, Obama took office and GDP grew significantly. The post hoc approach would tell you that Obama caused this change. Because he got elected, the country's economy improved... but it's likely that many other factors were also in play.

Would the economy have bounced back if Republican John McCain were elected instead? What about Hillary Clinton? There's no way to know.

Logical fallacies, like post hoc ergo propter hoc, happen all the time. That's why it's important to be vigilant in identifying them, and in looking you may see that the results could otherwise be explained.

For more discussion in this vein, review our list of illogical non sequitur examples, which can be used to great comedic effect. Or check out some straw man fallacy examples, which commonly crop up in political debates and discussions over controversial topics.