Prepositions are connectors. They link nouns (and pronouns) to verbs or adjectives. For example, “Matthew walked to the farmers’ market.” 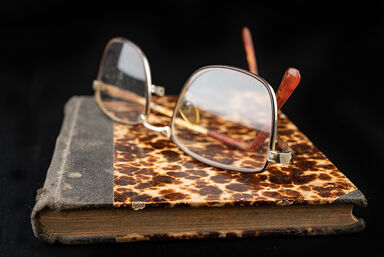 There are certain prepositions that we use more often than others. They pop up in our daily speech and writing. Let’s take a look at some of them in the context of prepositional phrases:

Adjectives modify nouns, pronouns, and other adjectives. They can be simple words that provide more detail. For example, “The old book sounded so intriguing.” However, prepositional phrases can also act as adjectives, providing additional detail about nouns. Take a look at the manner in which they can tell us more about the nearby noun (indicated in italics):

While adjectives modify nouns, adverbs modify verbs and other adverbs. They, too, can be simple words. For example, “She frantically raced for the door.” Prepositional phrases can also act as adverbs, providing additional detail about verbs (indicated in italics). Here are some examples:

Prepositional phrases are built upon tiny little words like “of,” “at,” “to,” and “in.” And, yet, they take on so many roles. They provide us with more information, act as adjectives, and stand in as adverbs. Now that you’re familiar with prepositional phrases, take a quick look through these Rules for Prepositions to make sure you always use them with precision. And, when you’re ready, enjoy these Preposition Worksheets.