Prose comes from the Latin prosa which means "straightforward." Prose can be written or spoken and has no formal metrical structure. It is basically ordinary language — the way people speak. Explore prose examples in nonfiction, comedy, fiction, plays, and more. 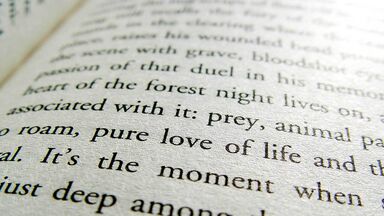 prose in a book
Advertisement

When it comes to prose in nonfiction, it's based on fact. These writings can be found in newspapers, magazines, history books, and encyclopedias. Factual prose can typically be identified by its direct presentation and lack of literary devices. Think "nothing but the facts, ma'am" when you are talking about nonfiction prose.

The prose in novels is part of fictional prose written in narrative form. They are either entirely fictional or include elements of factual events mixed with imaginary scenarios. Additionally, prose in novels makes heavy use of literary devices like imagery.

Examples of Prose in Plays

When it comes to prose in plays, it's a form of dramatic fiction delivered by characters on stage. The different characters recite the prose, acting out the work. It's written in the form of a script that lays out the dialogue for each character.

Speech prose mixes non-fictional topics with emotional effects and heightened imagery to express the speaker's thoughts. Speeches are delivered on a stage and may or may not be written down. You can recognize prose in speeches by their call to action and persuasive style.

Examples of Prose in Movies

When you think of prose in movies, they are the same as prose in plays. However, the difference is prose in movies are recorded rather than played out on a stage. However, you'll still find yourself pulled into dramatic and eventful situations just like you would with a play.

The prose in comedy is dramatic work meant to get a laugh out of you. It uses comedic events, satirical tone and amusing situations to make people happy. The prose in comedy might be performed on a stage by a comedian or part of a novel or movie. Whether it makes you laugh is the key to recognizing prose in comedy.