You’ll find examples of metaphors all around you, including in poems, songs, movies, and even everyday speech. Some metaphors can evoke powerful imagery. If you told someone that you were going through a “rollercoaster of emotions,” or that the free gift with purchase was the “icing on the cake” that day, they'd instantly understand what you were feeling.

Metaphors are a useful descriptive tool, but when the metaphorical meaning of a phrase has overcome the original image, it is said to have become a dead metaphor. Looking at some key examples of dead metaphors can help to better illustrate this point. “Illustrate” is used as a metaphor here too! 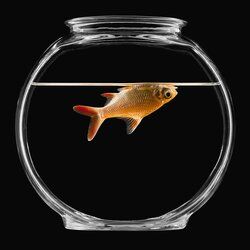 What Is a Dead Metaphor?

Like similes and analogies, a metaphor is a figure of speech used for rhetorical effect. A word or a phrase takes on an implied meaning that is not literally true or applicable. If you say that you have cold feet, you are not literally saying that your feet are cold. You’re implying that you are nervous or apprehensive about something.

When a metaphor has been used repetitively, especially over an extended period of time, it can lose its connection to the original imagery that it was meant to evoke. This is a dead metaphor. The word or phrase is now so commonly used that its metaphorical meaning can be fully understood without knowing the earlier connotation. Dead metaphors are also known as frozen metaphors and historical metaphors.

To get a better grasp on this figure of speech, take a look at these examples of dead metaphors. You might not have even realized they were originally metaphors at all!

Part of the reason why dead metaphors are also known as historical metaphors is that their imagery is often based on historical context. Over time, these can evolve into everyday idioms with little connection to the original visual they were meant to conjure up.

The English language continues to evolve and change over time. What may have been beautifully figurative language, like implied metaphors, at one point or another can enter everyday language to the point where the original imagery is forgotten. That is the fate of any metaphor that is overused, but even dead metaphors can still be an expressive way to add depth and color to your body of work.

Can you think of any other dead metaphors? Share them in the comments below.