Examples of Epiphany in Literature

In literature, a character has an epiphany when they experience a sudden insight or realization that changes their understanding. The term was made popular by James Joyce and fully divulged in his autobiographical novel, Stephen Hero. According to Joyce, epiphany is the moment when “the soul of the commonest object… seems to us radiant, and may be manifested through any chance, word, or gesture.” This makes it clear that epiphany is a powerful rhetorical device that reveals character growth.

Examples of epiphany in literature demonstrate a “coming to” or a realization. It demonstrates a level of character growth that’s likely to change the direction of the story. Let’s review some famous examples to see how it all works. 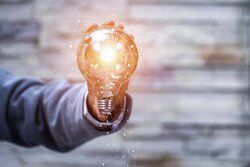 His soul had approached that region where dwell the vast hosts of the dead. He was conscious of, but could not apprehend, their wayward and flickering existence. His own identity was fading out into a grey impalpable world: the solid world itself, which these dead had one time reared and lived in, was dissolving and dwindling.

Although James Joyce skyrocketed the term “epiphany” to fame in Stephen Hero, it was also prevalent in many of his other works. In this excerpt from The Dead, the main character, Gabriel, attends a birthday party that made him realize how dull his life is. After he returns home for the night, he has an epiphany about his inevitable death and drastically changes his outlook on life.

I turned to go home. Street lights winked down the street all the way to town. I had never seen our neighborhood from this angle. There were Miss Maudie's, Miss Stephanie's-there was our house, I could see the porch swing-Miss Rachel's house was beyond us, plainly visible. I could even see Mrs. Dubose's... Atticus was right. One time he said you never really know a man until you stand in his shoes and walk around in them. Just standing on the Radley porch was enough.

Harper Lee's To Kill a Mockingbird was a very-forward thinking novel for its time. It dealt with race relations in the deep south, through the eyes of a six-year-old girl named Scout. It was during her walk home one evening that she had an epiphany. Scout came to realize everything her father was trying to teach her. Indeed, he was trying to teach her the importance of equality and kindness, no matter the color of someone’s skin.

He glanced back at the wall. How like a mirror, too, her face. Impossible; for how many people did you know who reflected your own light to you? People were more often - he searched for a simile, found one in his work - torches, blazing away until they whiffed out. How rarely did other people's faces take of you and throw back to you your own expression, your own innermost trembling thought?

In this moment in Fahrenheit 451 by Ray Bradbury, the main character, Montag, experiences an epiphany after his conversation with Clarisse. She sheds light on the dullness of his life. (Sound familiar?) As a result of this “aha moment,” Montag decides to change his life and start looking for answers in books that are forbidden. This was the turning point that led him from a life of dissatisfaction to a life of social disobedience. As you explore the themes in Fahrenheit 451, you'll come across even more examples of epiphany.

Harry Potter and the Chamber of Secrets

Chamber of Secrets is the second novel in J.K. Rowling's Harry Potter series. Right before this moment, Harry said, “The voice! I just heard it again — didn’t you?” Turns out, no one else heard the voice except Harry because only he can understand Parseltongue, the language of the Hogwarts monster.

Hermione's epiphany prompts her to go to the library, where she makes another discovery. She realizes the monster must live in the pipes because, when the boys find her in the library, she has a page about basilisks, giant serpents, torn from a library book with the word “pipes” written on the back.

Jacob Have I Loved

"Where is the other twin?" I asked, suddenly stricken. I had forgotten him. In my anxiety for his sister, I had completely forgotten him…. Hours later walking home, my boots crunching on the snow, I bent my head backward to drink in the crystal stars. And clearly, as though the voice came from just behind me, I heard a melody so sweet and pure that I had to hold myself to keep from shattering: I wonder as I wander out under the sky…

This young adult novel by Katherine Paterson revolves around twin sisters. One of the sisters, Louise, feels slighted by her parents’ apparent preference for her sister. In reality, they were both equally loved. It’s just that her twin was a little weaker and more frail. As a result, she was paid more attention, but it was unintentional and only a result of the sister’s dependence on others.

In an effort to escape her sadness, Louise moves away and becomes a midwife. Interestingly, she helps deliver a pair of twins where one of them is weaker and more frail. There’s a certain sense of panic to protect the weaker sibling. Late in the evening, as Louise walks home, she has an epiphany that allows her to see she was wrong; her parents didn't favor her sister. It just wasn’t until she experienced that moment of panic as a midwife that she was able to “see the light.”

There is a divinity that shapes our ends, rough-hewn them how we may.

Short and to the point, but that’s how potent Shakespeare’s writing was. Much of Hamlet’s adult life revolved around revenge. He wanted to kill his uncle, who had killed his father and assumed the throne in Denmark.

While Hamlet was aboard a ship to England, he had a flash of sensibility that allowed him to see his bloodlust brought on nothing but continued misery. He starts to suspect that revenge isn’t the answer. (Of course, in the end, Hamlet kills Claudius anyway, but it was a nice moment of light amidst the darkness of this tragedy.)

If you think about it, an epiphany starts as a feeling or a sense about something. Once the character takes a moment to think about it -- sometimes on an evening walk home, like Scout and Louise -- they often take action thereafter. It’s almost like the main character was living in a fog until the light of an epiphany strikes. Then, their life can move forward in a different direction.

For more on how epiphanies can spark change and prompt central characters to accomplish greater tasks, enjoy Examples of Insight.