What Is the Deep State? Simple Examples To Understand the Term

Ideally, a democratic government is run by, and accountable to, its citizens. But when a democracy is run (or appears to be run) by a number of key figures who operate outside the law, it’s known as a “deep state.” But is the deep state just a conspiracy theory, or is it real? 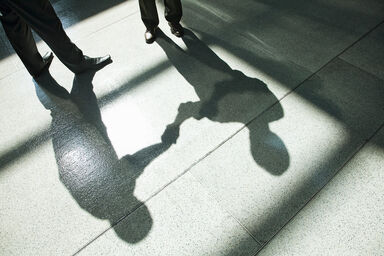 What Does “Deep State” Mean?

The term “deep state” typically refers to a secret network of people working within and outside the government to control the nation and gain power. These people (known as “deep state actors”) may include:

How People Use “Deep State” Differently

There’s a reason why people struggle to find a concrete definition of this phrase. While most agree that the general definition refers to such a network, there’s some disagreement on what exactly it describes.

Depending on who you ask, alleged members of a deep state may work extralegally (outside a nation’s laws) to fix an election, subvert the democratic process, damage a country’s reputation or power, fake a pandemic, and control the economy.

In the darkest theories, it may also seek to silence or assassinate its adversaries.

Other ways people would reference this concept (or similar concepts) include:

Origin of the Term “Deep State”

State as referring to a government or nation comes from the Latin phrase status rei publicæ — “condition of a republic.” It appeared in English in the 14th century and has become a common way to refer to a country.

“Deep state” comes from the Turkish derin devlet — literally, “deep state” — and originated in the 20th century in reference to a shadow military power in Turkey at the time. It surfaced in American politics in 2016, mostly due to allegations of a deep state controlling the outcome of the 2016 presidential election.

Today, due to its loaded political implications and vague definition, “deep state” is mostly synonymous with “corruption” or “government distrust.”

Is the Deep State Real?

In 2020, 39% of Americans believed that a deep state exists in their country, working against their interests. Much of their evidence for this belief can be blamed on disinformation.

Examples of a Deep State

There are certainly cases of small sectors of a government acting with secrecy, even to the point of having more power than the government itself.

Further examples of a deep state may include:

What Is the Deep State? We May Never Know

The definition of a “deep state” varies so much that it would be impossible to satisfy everyone’s understanding of the term. Some believe in a dark scenario in which a few wealthy puppet masters hold the strings; others blame the entrenched political elite for sabotaging democracy. Both definitions can’t be right at the same time — and since the nature of a deep state is shrouded in secrecy, we may never have a definitive answer as to whether it's real.