Examples of Theme in Literature

As you continue to savor literature throughout your life, you'll encounter five important elements to any narrative: character, setting, plot, conflict, and theme. No story would be worthwhile without a multi-faceted main character, an interesting setting, an engaging plot (or series of events), a conflict to overcome, and a central theme or message. 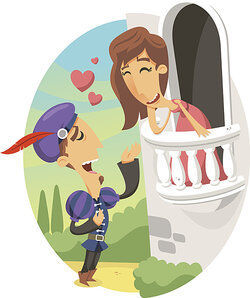 Examples of Theme in Literature

The theme is a pivotal element, because it lingers throughout the entire story, from start to finish. It can be whatever the author deems appropriate, and there can also be more than one theme. Before we dive into several examples of theme in literature, let's start with a thorough review of this important element.

In any work of art, the theme is the underlying message that the writer would like to get across. Maybe it's a theme of bravery, perseverance, or undying love.

Whether you're reading your favorite Disney book or working your way through The Great Gatsby by F. Scott Fitzgerald, there will always be a pervasive theme woven through the story. You'll notice the characters embracing - or turning away from - the theme time and again, and you'll see how their relationship to the theme impacts the events that unfold.

It's important not to confuse the theme and the main idea. The theme is an underlying message of bravery, or hope, or love. The main idea, however, is simply what the story is about. In a way, the main idea is a tight summary of the plot.

How to Find the Theme

No story is complete without a few essential elements. They are:

At this point, you can also ask yourself, "What's the main idea? What's the short version of the story?" Once you're comfortable speaking on each of these elements, it's time to dive into the theme. These three questions will help you unearth it:

Once you hit that third question, you'll be well on your way to understanding the theme of the story.

The more you read, the more you'll spot some of the popular literary themes. Common themes include:

Of course, the list goes on and on. That's the beauty of artistic expression. A book's central theme can be anything the author chooses to focus on. Certainly, courage, death, friendship, revenge, and love are five themes that abound. Let's take a closer look at these common themes, as well as some interesting examples from popular works of fiction.

Courage is a wonderful theme to explore in writing. Life is full of difficult moments that must be surmounted, so why not draw inspiration from fictional and nonfictional characters in a piece of literature? It just may be the story that inspires someone else to push through the next challenge in life. Here are a few examples of courage in major works of literature:

Death is something everyone will face. It's packed with so much uncertainty. And, for those left behind, it leaves lingering feelings of sadness and, sometimes, even remorse. This can be a great theme if your goal is to tug at the heartstrings of your readers. Here are a few examples of death and dying in major works of literature:

Valued friendships can completely alter one's life. It can sustain you through moments when you need to pull out all of your courage. It can bolster us when we're feeling down. And it's also a wonderful prize when celebrating life's special moments. Here are a few examples of the beauty of friendship in major works of literature:

Of course, love can move the world. When two characters fall in love, they'll go to any lengths to stay together. It makes for an interesting story to see how love survives, despite all the curveballs the main characters might face. Here are a few examples of love in major works of literature:

Of course, the theme in a novel doesn't always have to be a positive thing. It can be a negative attribute that might inspire readers to take a better path in life. Here are a few examples of the detriments of revenge in major works of literature:

Difference Between Theme and Morals

The moral is a specific lesson that the author is trying to teach. Meanwhile, the theme can be more generalized; there can also be more than one theme in a story. Readers uncover theme(s) as they go along, because it consistently reappears throughout the work of fiction (or nonfiction). As such, a moral can be a theme, but the theme doesn't have to be the moral of the story.

For example, in Romeo and Juliet, one could argue that the theme is the power of love. Love drew these two characters to one another, and nothing was going to stop them from coming together. However, the moral of the story is quite different. The case could be made that the moral of the story is not to let old family wounds carry on needlessly. Or, don't let your ego rule your life, especially when it comes at the expense of your children's happiness.

So, the moral (repair old family wounds) can be one of the themes of the story, but the theme (undying love) isn't necessarily the moral of the story.

Difference Between Theme and Mood

While the theme is the underlying message that the writer would like to convey, the mood is a literary element that evokes certain feelings through words and descriptions. The mood can evoke an emotional response from your readers, helping them connect with your writing piece.

In a way, the mood the author establishes creates an emotional setting. One of the ways mood can be established is through the point of view in which the story is being told. Let's take a look at an example from "The Road Not Taken" by Robert Frost.

"I shall be telling this with a sigh
Somewhere ages and ages hence:
Two roads diverged in a wood, and I,
I took the one less traveled by,
And that has made all the difference."

That creates rather a gloomy mood, doesn't it? Frost indicates he shall be telling this with a sigh. However, that's an appropriate mood, given the author's reflection on a regrettable choice he made in the past.

Binding a Story Together

Throughout every bit of character development and conflict resolution, a theme should be prevalent. It's the glue that binds the story together. If the theme is courage, we'll see it in most of the pivotal plot elements. We'll admire the main character for his strength and resolute behavior. We'll see it unfold, no matter the setting or number of characters.

The next time you read a new work of fiction or nonfiction, jot down notes pertaining to the theme or themes. See how many you can find. After you've turned that final page, see what central message you've taken away with you. Perhaps it'll inspire you to live a better tomorrow.

Are you ready to frame a theme into a fascinating story that'll stand the test of time? You can get started with these tips on writing a bestseller.