Are you looking for a way to distinguish a character in a work of fiction from others? Giving the character a few interesting quirks can be a good way to do just that. Explore this long list of quirks for inspiration on how you can effectively characterize the protagonist, antagonist or other characters in a story. 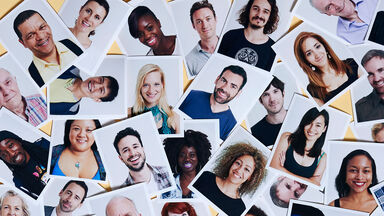 Characterization begins with conveying personality traits that are integral to a particular person in the story.

A person’s signature behaviors or unusual habits are examples of character quirks.

Quirks Related to Eating and Drinking

Eating and drinking are common areas where people tend to develop some interesting quirks.

Describing a person’s movement habits and waking style can help with characterization.

The way people carry themselves can play a role in characterization.

Interesting features or other aspects of a person’s appearance can play an important role in character development.

The way a person dresses can represent a character quirk, particularly if the individual has a signature style.

The accessories a person dons can also play a role in characterization, particularly if they’re unusual or especially distinctive.

Other Quirks to Consider for Characters

Not all character quirks fit cleanly into a specific category.

Everyone has at least a few interesting behaviors or habits that make them unique. Some quirks are weird and wacky while others just help paint a picture of who a person is. Now that you have many quirk ideas, it’s a great time to consider other options for building interesting characters for the stories you write. Get started by reviewing some diction examples for ideas on using speech patterns in character development.