A participle is a word formed from a verb. Usually, this occurs by adding a suffix to the verb, but sometimes there are irregular formations. In these participle examples, you'll see they can be used as adjectives, nouns, or as part of a compound verb in English. 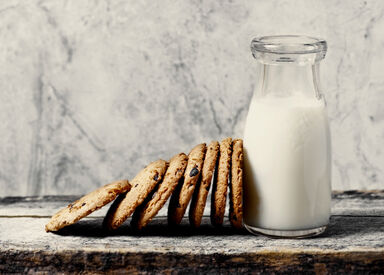 Participles as Parts of Verbs

There are two types of participles in English: past and present.

The past participle is often, but not always, formed by adding the suffix -ed to a verb. It can also be paired with an auxiliary verb like "was," "were," "has" and "had" to show that an action has been completed. For example:

Note that many past participles in English are irregular and don't use the -ed suffix. For example:

Both present and past participles can be used as participial adjectives to describe nouns and pronouns. In this case, the descriptive word is placed before the noun in the sentence. For example:

It's also possible to use present participles as nouns in English. In these cases, only participles with -ing endings will work. For example:

Once you understand how past and present participles are formed, it's easier to pick them out in sentences. By studying these examples, you should be able to use participles as verbs, nouns, and adjectives with ease.