What Is Gaslighting? Looking Out For the Warning Signs

Gaslighting is a form of abuse in which a person’s psychological manipulation causes a victim to question reality. It seems cold and calculating, but gaslighting happens more often than you may think. Intentional and unintentional gaslighting can happen in relationships, at work, and even in the news — and after reading a few examples, you may notice some signs of gaslighting in your own life. 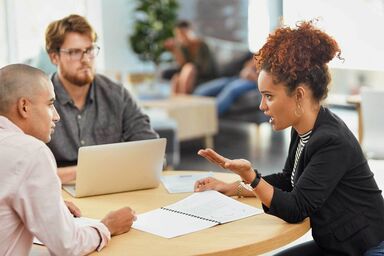 Why Is It Called ‘Gaslighting’?

The term gaslighting comes from the 1938 play, Gas Light, and the subsequent film adaptation, Gaslight. In the play and film, a manipulative husband tries to make his wife, Paula, think she is going insane so he can steal her inheritance. With many subtle moves, including turning down the gaslights in the house (hence the title) and claiming that Paula is imagining their flickering, the husband nearly succeeds in his torturous campaign.

The term came to describe this form of psychological abuse in the 1960s, but became much more common in the 21st century, particularly during the 2016 presidential campaign in the United States. In 2016, gaslighting was mentioned as a “Most Useful/Most Likely to Succeed” word by the American Dialect Society, and was a runner-up in the 2018 Oxford Dictionaries’ Word of the Year (the winner was toxic).

Whenever someone tries to deny a real event by questioning another person’s perception, there’s an element of gaslighting. Gaslighting occurs in romantic, friendship, parental, or other family relationships, and examples can include anything from passive-aggressive comments to abusive manipulation.

If someone is gaslighting you, they don’t want you to remember the negative things they’ve done in the past. Parents may do this to their adult children by blaming the unreliable memory of a child, and partners may dismiss past misdeeds as merely differences in perception. (“You must be remembering wrong; I would never do that to you.”)

Projecting Their Own Behavior

Many times, when an abuser is called out for bad behavior, the accuser ends up on the defense. That’s because gaslighters are more comfortable talking about what you did than what they did. (“My texts? What about yours? I see you checking texts on your phone when I'm driving.”)

Changing the Reality of the Relationship

Often, when someone complains about pulling more of the weight in a relationship, they’re met with a completely different perspective from their partner. Suddenly they’re the lazy or uncaring ones, as the gaslighter will inflate the few positive things they have done in the past. (“How can you say I don’t care about you? Don’t you remember when I brought you flowers last Valentine’s Day?”)

Claiming ‘That’s What Everyone Does’

It can mess with your sense of reality if you believe that all families engage in toxic and abusive behavior. Gaslighters are quick to point out that you’re being sensitive about nothing, since that’s normal family or relationship behavior. (“All boyfriends know where their girlfriends are every minute of the day.”)

Gaslighters may go after your most deeply held values to get what they want. This establishes a false reality in which you’re not living by these values if you don’t do what they say. (“You say you love your family, but you won’t even loan me money? Some sister you are.”)

Gaslighting isn't limited to personal relationships. It also occurs in the workplace, including with coworkers, bosses, or customers.

Not Adhering To Their Own Policies

Companies that claim to abide by their policies but clearly don’t may be gaslighting you as well. This can be especially true if you question their practices. ("This company is founded on equal opportunity," they say. However, somehow no qualified minority candidates are hired for jobs above entry-level roles.)

A coworker who exhibits inappropriate behavior can destroy the morale of a workplace. But the situation escalates into gaslighting when leadership ignores the behavior — or worse, blames others for it. (“Let's just see how things go; it'll get better. And you sure want to be seen as a team player, don't you?”)

Pretending That You’re Stuck There

Workplaces where employees don’t stay very long often engage in gaslighting to keep the remaining employees in place. They make the employees feel worthless and underqualified, so much so that they’d never be able to work anywhere else, leaving them susceptible to workplace abuse. (“I can't help you after HR gets involved. Who is ever going to hire you when it gets out that you can't take a joke.”)

Dangling Promotions That Will Never Come

Conversely, some workplaces may keep employees around by making them feel so valuable that they shouldn’t pass up this opportunity and the sure-to-come promotion. But the promotion never comes, and the employee remains underemployed as long as they believe they can’t leave. (“If you can wait just six more months, I know something will open up for you in management.”)

When an employee takes the extra step to make the workplace nice for their coworkers, it should be appreciated. But when their coworkers — or worse, their employer — come to expect that extra effort, they’re gaslighting the employee into thinking it’s in their job description. (“I’ll need you to pick up three dozen sandwiches for the meeting before you come in. You do it better than anyone else!")

Gaslighting efforts don't all come from people with whom an individual has personal relationships. People and organizations seeking to swap public opinion or incite action often use gaslighting or other unethical behavior to try to manipulate public opinion and actions.

When a biased news source wants to persuade an audience, it will do two things: It will claim that every other news organization is making up their “fake news,” and it will present its news as the only source of actual truth (but in reality, that’s the fake news). The practice is also known as yellow journalism and can lure its readers into a false reality. (“Don’t trust mainstream news! We have the actual truth if you click here!”)

Many politicians use the rhetorical device of repetition to get their point across. It’s an effective way to spread a message — and unfortunately, it’s a very effective way to make a false statement seem like the truth. (“Everyone knows that the president is a criminal.”)

Just like people in relationships, gaslighters in the public sector want voters and readers to believe their narrative instead of reality. They create a false history to compare the negative parts of today, or to convince people to work against their own best interests. (“Remember the good old days, when taxes were low and gas was cheap?”)

Known as the red herring fallacy, this tactic gaslights the public by having them forget the point of an argument and focus on something else entirely. By the time the exchange is over, the main argument is replaced by a less important one — but one that the politician can easily solve. (“Pollution may be high, but those climate scientists just want your money! We should focus on limiting climate research!”)

You hear big news and you click on your favorite news site to check it out, but the news story is nowhere to be found. Does that mean the story doesn’t matter? No, but many news organizations choose not to cover stories that go against their narratives in order to keep their audience from thinking too critically. (“I don’t care about the latest political scandal. This channel isn’t even talking about it.”)

The terms narcissism and gaslighting often go hand in hand. That’s because gaslighting is a common tactic for those with Narcissistic Personality Disorder, who are people whose inflated ego hides a damaged self-esteem and a fear of inferiority. Maintaining their sense of reality is the most important part of their life, and they’re often willing to do anything — including gaslighting others — to do it.

You may be experiencing narcissistic gaslighting from another person if these phrases are a common part of your interactions:

These phrases alone don't necessarily mean gaslighting is going on. These kinds of phrases also have to be linked to an attempt to manipulate or deceive. For example, if a person suggests a dangerous adventure and another one responds with "Is this another one of your crazy ideas?" that is not gaslighting. However, if a person asks a spouse who's exhibiting the signs of infidelity if the individual is cheating and that's how the person replies, chances are good that there is some gaslighting going on.

How To Deal With Gaslighting

People who experience gaslighting often struggle with depression or low self-esteem as the result of the abuse. Speaking with a qualified therapist, keeping a journal, and confiding in a trusted friend can help victims trust their own intuition and perception of the truth. Those who have experienced abuse in the form of gaslighting can benefit from setting some personal communication goals to build confidence moving forward.