Repetition Examples in Literature and Writing

Repetition is the act of repeating or restating something more than once. In writing, repetition can occur at many levels: with individual letters and sounds, single words, phrases, or even ideas. Repetition can be problematic in writing if it leads to dull work, but it can also be an effective poetic or rhetorical strategy to strengthen your message, as our examples of repetition in writing demonstrate. 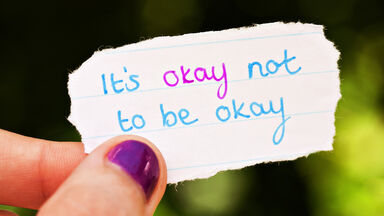 Choosing words that repeat the same consonant or vowel sounds can help to make your writing more memorable. Many sound repetition techniques were first developed by scops, Old English poets, who memorized lengthy stories and poems to pass down orally in an age when most people were illiterate. Because repetition of sounds serves as a powerful mnemonic device, careful use will help your readers remember your point more easily.

Alliteration is the repetition of consonant sounds, often at the beginning of a word:

Alliteration can also occur in the middle of the word, provided it's on a stressed or accented syllable in normal pronunciation:

Check out a famous literary example from Maya Angelou’s Why the Caged Bird Sings:

Up the aisle, the moans and screams merged with the sickening smell of woolen black clothes worn in summer weather and green leaves wilting over yellow flowers.

Assonance is the repetition of vowel sounds, which can occur at any point in the word:

His lips will slip the truth eventually.

Edgar Allen Poe includes assonance in his poem The Bells:

Consonance is a more general repetition of consonant sounds, where the sounds can occur at any point in the word:

Susie suddenly whistled to call the cats to supper.

George Wither used consonance effectively in his poem Shall I Wasting in Despair. Notice the repetition of d, f and r.

I will ne’er the more despair;

If she love me, this believe,

I will die ere she shall grieve;

Rhyme is a highly specialized repetition of sound in which the sound of the final accented syllable in a word or line, and everything that comes after it, is repeated in another word or group of words:

The crowd was wowed by the Flyin' Lion.

View a famous example of rhyme in Nature’s Way by Heidi Campbell. Notice how the last word in each line rhymes.

Upon a nice mid-spring day,

Feel the breeze within your hair.

Repeating the same word several times in writing can serve to emphasize its importance. There are several rhetorical devices that writers use to make their point clearer and more memorable. These devices can be used in both poetry and prose.

Anaphora is the repetition of a word or short phrase at the beginning of several lines of sentences. Check out a few examples.

See anaphora used in action in Charles Dickens A Tale of Two Cities through the repetition of it was the:

Antistasis is the repetition of a word or phrase in which the second meaning is the opposite - or at least very different - from the first. Check out a few different examples.

Benjamin Franklin’s use of antistasis:

We must, indeed, all hang together or, most assuredly, we shall all hang separately. - Benjamin Franklin

You can also see antistasis used in Shakespeare’s King Lear in the meaning of nothing.

Kent: This is nothing, Fool.

Fool: Then tis like the breath of an unfee'd lawyer--you gave me nothing for't. Can you make no use of nothing, nuncle?

Lear: Why, no, boy. Nothing can be made out of nothing.

Conduplicatio is the repetition of a word in several different places within a paragraph, often to explain a concept's meaning or importance. View a few examples.

Robert F. Kennedy’s Statement of the Assassination of MLK:

This can also be seen in John Milton’s epic poem Paradise Lost:

Then thou thy regal Sceptre shalt lay be,

For regal Sceptre then no more shall need,

God shall be All in All. But all ye Gods,

Adore him, who to compass all this dies,

Adore the Son, an honor him as mee.

In a diacope, the repeated words are separated by the addition of new words placed between them, which can either alter or enhance the meaning.

To find a famous example, look no further than William Shakespeare’s Hamlet.

To be, or not to be, that is the question.

Epanalepsis is the repetition of a word at the beginning and at the end of a line or sentence:

Dive into this famous example of epanalepsis used by Sherman Alexie’s in Valediction in this excerpt.

Yes, my sad acquaintance, each dark time is

Indistinguishable from the other dark times.

Epimone is the repetition of a word, phrase, or idea to dwell on its larger significance. See this in action through a quote by Joan Didion.

We forget all too soon the things we thought we could never forget. We forget the loves and the betrayals alike, forget what we whispered and what we screamed, forget who we were.

For a famous literary example of epimone, check out Othello.

Epiphora, also known as epistrophe, is the repetition of a word or short phrase at the end of a series of sentences or clauses:

Epiphora can be seen in William Shakespeare’s The Tempest through the repetition of ‘you’.

Hourly joys be still upon you! Juno sings her blessings on you … Scarcity and want shall shun you, Ceres’ blessing so is on you.

Epizeuxis is the repetition of a word or very short phrase one right after the other:

The day at the beach was fun, fun, fun.

Check out the repetition of ‘no beggar’ in Charles Dickens's David Copperfield.

A negative-positive restatement repeats an idea in a similar sentence structure, but changes it to make a contrast. These are often "not this, but that" statements.

Oscar Wilde used this device in The Picture of Dorian Gray.

A polyptoton is the repetition of the same root word but with different endings or forms. You can see this through George W. Bush’s line.

But I'm the decider, and I decide what is best.

You can also see this in The Dry Salvages by T.S. Eliot through withering and withered and drift and drifting in the excerpt:

No end to the withering of withered flowers,

To the movement of pain that is painless and motionless,

To the drift of the sea and the drifting wreckage

Sometimes repetition in writing is not used intentionally. It may be that the writer has a limited vocabulary or added phrases or clauses that repeat a word or idea without adding to the overall meaning or impact of the piece. In these cases, repetition should be avoided, as they can bog down your writing and make it dull or difficult for your reader to follow. For example:

In this sentence, it is not necessary to mention the grocery store twice. Either one of the phrases can be eliminated without changing the meaning of the sentence.

When Eleanor learned that her grandmother's middle name was Eleanor, Eleanor realized why her mother named her Eleanor.

In this sentence, "Eleanor" is used too many times. This excess repetition can be addressed by substituting pronouns or using a short phrase to replace the name as needed.

Careful writers use repetition to enhance their work without overusing words and phrases to the point of boring their readers. Careful writers also know that repeating a strong word is better than replacing it with a weak one that doesn't work as well.

If you're not sure if your writing is using repetition well, try reading it out loud. Your ear will catch too much repetition, and you can reword your work with pronouns, synonyms, or even a whole new sentence to smooth out the flow before you share it with others.