Self-fulfilling prophecy is an exciting literary technique where a prediction somehow causes itself to come true. Generally, because a character believes in something so much, his or her actions bring that desire to pass. 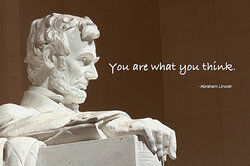 In plain terms, self-fulfilling prophecy takes aim at "mind over matter." The more you imagine yourself as a success, the greater your odds are of becoming one. The more you tell yourself you're no good, the greater your odds are of falling flat. These self-fulfilling prophecy examples in literature will show how this technique is often used as a plot device in books and movies.

Imagine a novel where the main character is intent on becoming the next president of the local book club. In the small town the book club is a big deal. There also exists an antagonist who wants that role. Of course, she only wants it so she can possess that all-powerful title; she doesn't care for reading or have the first clue about running a book club.

Meanwhile, the main character is resolute in her ability to run that club with precision. She campaigns for herself, seeking out every opportunity to demonstrate her capabilities. She envisions herself standing at that podium, running the most successful book club in the county. Sure enough, the main character who never doubted her capabilities ends up taking the cake.

Let's look at some more examples, from classical times to modern day.

This is one of the most well-known and illicit examples of self-fulfilling prophecy. In this Greek drama the king of Thebes, Laius, leaves his son, Oedipus, to die because he believes a prophecy that his son will one day kill him and marry his wife - the child's mother.

Well, the son didn't die. Rather, he was taken in by the king and queen of Corinth. All his life, Oedipus believed the king and queen were his biological parents. So when he hears a prophecy that he is going to kill his father and marry his mother he leaves Corinth.

Upon his arrival in Thebes, Oedipus kills Laius in a quarrel, not knowing he is his father. He then unwittingly marries his mother after winning the throne of the dead king by defeating the Sphinx. If only they didn't believe so strongly in his Oedipus' ability to commit murder. Perhaps the three would've lived happily ever after in beautiful Greece!

The Story of Three Wonderful Beggars

Greek mythical tales employed a lot of self-fulfilling prophecy in its writings. Fairy tales also like to use this literary device. The Story of Three Wonderful Beggars is an ancient Serbian fairy tale. It tells the story of a very rich and cold-hearted merchant named Marko.

Three beggars came to his door one night, asking for shelter. Marko was about to set his dogs on them when his daughter Anastasia asked him to show some mercy. He put the men up in the stable loft for the night.

The three mysterious men carried knowledge of a baby named Vasilli who would one day take Marko's fortune. Marko instantly takes this as truth and does everything in his power to get rid of the child. In the end, of course

Marko is unsuccessful and Vasilli marries Anastasia, acquires Marko's riches and more, and lives a good and happy life.

Ever heard of a little movie franchise called Star Wars? Now there's some brutal self-fulfilling prophecy. In Revenge of the Sith, Anakin has a dream that his wife Padme will die shortly after giving birth to their child. She is resolute in her feeling that it was just a dream. Anakin whole-heartedly believes his dream will come to pass.

Anakin goes to such great lengths to prevent her death that he even joins the Dark Side of the Force. In the end, the Dark Side consumes him. Padme is devastated by her husband's turn to evil, loses her will to live, and ends up dying after childbirth. What would've happened if Anakin took faith in his wife's belief that it was only a dream?

Taking this as absolute truth, Voldemort sets out to kill Harry. In his zeal to beat the prophecy, he accidentally transfers power to Harry, giving him the means to defeat him. You probably know happens in the end.

You may have heard about the book The Secret by Rhonda Byrne. It takes "mind over matter" to a whole new level. Byrne asserts that we must "give our attention to thoughts of what we want, and our lives will be filled with everything we want."

Her documentary details the story of a man who taped a hundred-dollar bill to his ceiling and stared up at it every morning. His mind looped around a constant reel of fortune and success. He went on to become the author of the wildly popular Chicken Soup for the Soul series and has plenty of hundred dollar bills in his bank account today. He attributes his success to the same power that Byrne teaches in The Secret, the Law of Attraction.

In the world of fiction, self-fulfilling prophecy is a useful literary device. In a story of happy triumph, we're watching a character assert all their power to make their vision become reality. It's exciting to watch them push through to the end, despite some rocky roads. In a villainous plot, we're watching a deranged lunatic feverishly hunt down others in an unhealthy act of self-preservation, only to meet their own demise in the end. It's almost a cousin to irony, and that always adds a nice dash of anticipation to any plotline.

In real life, psychology loves to explore this type of concept because it can promote a healthier lifestyle. What's the harm in believing in yourself and envisioning your success? Nothing. It motivates you to stretch as far as you can go. Things only take a turn for the worst when you put on an air of naiveté or become arrogant. From Greek tragedies to modern-day living, self-fulfilling prophecies will continue to be one of the best spices of life.