Identifying the sequence of events in a story means you can pinpoint its beginning, its middle, and its end. Once you can identify each of these core components, you can retell the story in the order in which it occurred. Sequencing is a key component in reading comprehension. It also allows readers to synthesize information and order it accordingly. 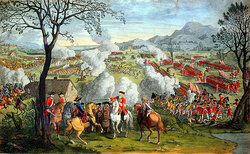 Below, we'll examine sequence of events examples. We'll follow the order of a story, sometimes chronologically, sometimes not. The next time you read, you'll enjoy being able to pinpoint the manner in which the story unfolds.

Sequence of Events in Short Stories

Let's begin with two abbreviated tales. After each story, we'll pause to discuss their sequence of events.

'Til the Sun Melted Into the Stars

As Stella pulled up to the old, abandoned house, she felt her heartbeat heavy in her chest. The parents she never knew lived out the entirety of their lives here. There was a glass-fronted solarium to the right where she imagined they sat and played cards every evening. At the thought of that, her mind drifted back to her own childhood.

There were no glass solariums in her house growing up. No, indeed. She and five other children were perpetually crammed into three bunk beds in her foster parents' home. Every night, they didn't play cards. They pushed through a long list of chores that needed to be completed before the parents arrived home from work at seven. If they weren't, everyone knew to scatter and hide.

Life continued in this perpetual maze of chores and fear until Stella hit her 18th birthday. She immediately took a job as a waitress and found a room for rent in town. When she wasn't waitressing, she was writing. Eventually, the magazine Writers' Haven picked up one of her stories, allowing life to shift in yet another direction. This time, the shift brought wonderful change.

With the heat following her submission to Writers' Haven, she felt brave enough to start the hunt for an agent. In the ultimate act of fate, one of her query letters fell upon Nora Robb's desk. A few months later, her debut novel, A Life Without Love, hit the scene with a bang. Stella had stories upon stories piled up in her tiny room in town. One bestseller after another bestseller afforded Stella the opportunity to relax in a first class seat aboard Delta Airlines and drive out to San Diego to figure out why her birth parents never loved her.

Turns out, the address her investigator gave her led to the old abandoned house she stood before now. The house was empty, her parents were gone, and her soul remained hollow. Why did they send her away? Why did they never come and find her? As she stood on the broken sidewalk, staring up at the soot-covered exterior, she thought it might be time to accept her life as it is.

Sure, she didn't grow up playing gin rummy on a Friday night under the stars. But, she stood beside the ocean today. And, come tomorrow, she could go anywhere and do anything. Perhaps that was enough. As she turned from the decaying ruins of her parents' life, she decided not to look back but, rather, hop on her little red Vespa and drive up the coastal rode 'til the sun melted into the stars.

Let's examine the sequence of events in this short story. In the first paragraph, we're met by a woman named Stella who must be an adult. Because, as she stares at the house, her mind drifts back to an arduous childhood filled with "chores and fear."

Following the sequence, we drift back into her childhood. Then, we see she hits 18 and continues to grow and mature as she waitresses during the evening and writes during the day. Her hard work pays off because all those hours at the keyboard lead to her publication in Writers' Haven. From there, she goes on to publish a succession of bestselling novels and finally travels, as a grown woman, to uncover her roots.

Now, let's take a look at a story that follows a simpler, chronological order.

Before the Sky Faded to Black

Malcolm was born into privilege. Loch Ness Castle was far from shabby. Set deep in the Highlands, it featured fireplaces tall enough for three grown Scotsmen to stand in. Their cook, Mrs. FitzMorris, never put anything less than a full spread on their dining room table come evening. As a boy, Malcolm played with his siblings in the pasture, rode horses 'til he was forced to come in for the night, and read books by the fire until his nanny pushed him up the stairs to bed.

But, when he was called to battle, life began to take a very different shape. Malcolm and his kinsmen slept in tents with nothing better than a rock for a pillow. They had to hunt for their meals and cook it themselves by the fire. He couldn't remember the last time he bathed like a civilized man, in a tub filled by his servants.

On the morning of April 17, 1746, as he stepped onto the battlefield at Culloden Moor, all the fineries of life faded away. What difference did it make if he ate his meals off a silver platter or a piece of bark? As he stared death square in the eye, Malcolm finally understood life doesn't consist of silver spoons or cloth-covered tents. Rather, it consists of the people we love along the way. It's shaped by the people we give our lives for on the battlefield.

As the Redcoats closed in on him, he watched his fellow soldiers drop, one after another. Inhaling deeply, he charged the battlefield, knowing it was only a matter of time before the sky faded to black.

Did you notice the difference in this sequence of events? We meet a boy who plays in the pasture and reads books until his nanny pushes him upstairs to bed. When he is old enough to join the army, he goes off to battle and lives a life that stands in stark contrast to everything he'd known until then.

As he stares down death, he reflects on his life. It wasn't about silver platters and castle grounds. It was about the men and women you meet along the way and the friendships you forge. We can surmise the story ended with his death, taking us through a linear sequence of events from childhood to death.

Sequence of Events in Literature

How about some of our favorite stories growing up? Can you pick one of your favorites and recall the sequence of events in those tales? Let's consider a couple.

Goldilocks and the Three Bears

Then, we follow her through the sequence of events upon entering the house. First, she eats three bowls of porridge sitting on the table. Then, she tests out three different chairs to see which one was most comfortable. After that escapade, she goes upstairs to lie down in each of the three beds.

Sure enough, three bears come home and express horror over the fact that someone's been eating their porridge and sitting in their chairs. When they make their way upstairs and find her lying in Baby Bear's bed, Goldilocks screams, "Help!" and runs out of the room, never to return again. This narrative is very linear, which is easier for younger audiences to follow and understand.

Let's advance to a young adult novel that hit the New York Times bestseller list within a month of its publication. In Twilight by Stephenie Meyer, we meet a girl named Bella who is moving to Washington to live with her father. The first day in her new school is quite trying as she is shy. During that time, she meets a boy named Edward who is offstandish and rude.

Later, after that difficult encounter, she is standing in the parking lot when she nearly gets run over by a classmate. With lightning speed, Edward races over to protect Bella from the car that is plummeting her way. Bella questions his lightning fast speed, only to find out he is a vampire.

The two begin a relationship which is filled with tumult, given that she's a human and he's a vampire. As they progress through a series of death-defying adventures from a rival family of vampires, Bella develops a desire to be turned into a vampire herself but Edward refuses. In the closing scene, we watch them dance under the moonlight, solidifying their love. Bella has not turned yet, but there's more to be uncovered as the sequence of events continues in the second book of the series, New Moon.

How to Identify the Sequence of Events

One way to identify the sequence of events is to keep your eye out for time order words. These include words like "first," "then," "following that," and more. Especially if it's a short story, the author might use these signal words to indicate the progression of a story from beginning to end.

In lieu of a search for sequence words, you can ask yourself what has to happen for something else to happen. Remember our highlander on the field? He has to reach a certain age before he can be called off to war. So, we travel with him through childhood until his untimely death on the battlefield.

The same goes for Bella and Edward. Something has to happen to shift them from their awkward encounter to a blossoming romance. Her near-death experience is the trigger that sets things in motion.

Using the downloadable worksheet below, write your own story following a logical sequence of events. Teachers can print out the PDF and distribute it among their students.

Sail Through the Sequence

Every time you pinpoint the sequence of events in a story, you're building your reading comprehension skills. Being able to synthesize a story and retell it is a wonderful skill. Best of all, the more you read, the more you'll be able to sit down and craft your own tale.

If that's something you have in mind, enjoy Get Creative: How to Write a Short Story. It'll help you take the ideas floating around in your head and insert them into an exciting sequence of events. We wish you tremendous success as you take your readers on meaningful journeys!