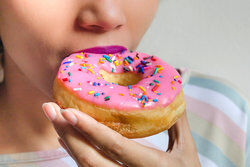 Many young students have probably heard some variation of this slippery slope argument from their parents.

Realistically, as important as it is to be studious, you’re probably not destined for the streets just because you missed or did poorly on a single assignment.

For people addicted to heroin and other injectable drugs, the biggest risk actually comes from using dirty needles. That’s why safe injection sites are sometimes seen as a practicable harm reduction strategy.

However, one of the most common slippery slope arguments against safe injection sites goes like this:

This ends up being like a straw man fallacy, attacking the theoretical consequence of increased crime and drug abuse, rather than discussing the merits or downsides of the safe injection site itself.

The Path to the Dark Side

"Fear is the path to the dark side. Fear leads to anger, anger leads to hate, and hate leads to suffering. I sense much fear in you."

In Star Wars: Episode I - The Phantom Menace, Jedi Master Yoda famously uttered the words above. He was talking to Anakin Skywalker, who would go on to become the infamous Darth Vader.

This is a classic example of a slippery slope that actually came true:

Here’s another example of the slippery slope fallacy from the context of school. Part of the reason why some teachers are so strict about students arriving to class on time is that they believe tardiness can lend itself to a slippery slope.

The topic of “gay marriage” or same-sex marriage can be a controversial one and you will often see the slippery slope argument come into play here.

For years, some people made a similar argument against interracial marriage, which wasn’t fully legalized across the United States until 1967!

The Problem With Apu

Many popular television shows and movies from the past would be deemed inappropriate or offensive if they aired today. A prime example of this is The Simpsons, a show that has been around for 30 years. When The Simpsons first debuted, the character of Apu was considered funny. Today, many people see the racial stereotype as culturally insensitive (or worse).

In a PR Week article, Stephen Macias, from PR firm MWW, said it’s time to “put Apu’s character to bed,” while The Value CMO’s Brian Talbot pointed out the following:

"If you’re going to eliminate Apu, or eliminate all the characters that might be offensive, they might end up eliminating the show."

This is a slippery slope argument:

Let’s say you’re on a diet and you’re trying to lose weight. One of the most common real-life slippery slope examples is when you’re tempted by an unhealthy treat. The typical thought process goes something like this:

You won’t go obese from eating a single donut. However, if you were to follow this sequence of events through to the end, you very well might put on some significant weight.

Don’t Sell Your Hair to a Wig Shop

When you have cable and can't find something good to watch, you get depressed.

In a series of television commercials encouraging customers to “get rid of cable and upgrade to DIRECTV,” the satellite service provider parodied the slippery slope argument. For instance, there was one DIRECTV ad that starts with the line above. This kicks off a series of consequences:

And so, the advertisement asserts that choosing cable over DIRECTV will lead to you sell your hair to a wig shop. It’s an outrageous conclusion, which clearly illustrates how absurd slippery slopes can be.

Babies and toddlers cry a lot, like during sleep training. The “cry it out” method can be controversial, but it is popular. The strategy leans on the psychology of the slippery slope argument.

In a 1994 TV commercial, two men are seen seated outside. One of them is eating a bag of Ruffles potato chips. The other man asks if he can have one. To this, the first man responds with the line above. The camera pans out to reveal they are the only two people amidst a vast frozen tundra. A lone wolf howls in the distance.

Examples of slippery slopes usually involve multiple steps. However, they can also consist of a wild leap in just two steps, as illustrated by this commercial.

Sliding Down the Slippery Slope

A slippery slope argument shifts attention from the issue at hand to a hypothetical outcome, offering little or no proof that outcome is likely. It is a fallacy that often appeals to people’s emotions or fears. Now that you’ve studied these slippery slope examples, it’s only logical that you continue down this path with other formal fallacy examples. From appealing to ignorance to post hoc errors, we’ve got you covered.