When we think of verbs, we tend to run to action verbs. Those are, you guessed it, verbs that show action such as, “She ran to the grocery store.” But, a stative verb (also known as state verbs) perform a different function.

They express a state, rather than an action. These verbs tend to be less tangible such as, “She feels exhausted” or “He believes she's right.” These verbs often point to emotions, relationships, the senses, or thoughts. Let’s review some stative verb examples for further clarification. 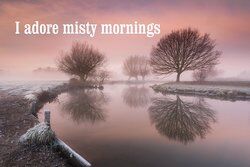 As you enjoy this comprehensive list of stative verbs, notice these verbs don’t express a moving action, like running, walking, reading, or eating. Rather, they allude to somewhat intangible emotions or inanimate states of being.

Verbs are one of the most powerful parts of speech in the English language. They take the subject of the sentence and propel it forward, whether that’s into sudden action or an obvious state of being.

Ready for some more verbal fun? There are other forms of verbs too, including linking verbs and helping verbs. Enjoy a brief overview of verbs here.