Everyone knows not to judge a book by its cover, but sometimes stereotypes become so prevalent that people may jump to conclusions without realizing it. While stereotypes aren’t necessarily always a negative thing, they are rarely accurate or beneficial. 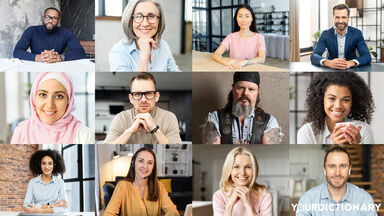 What Is a Stereotype?

While stereotypes are rarely correct and certainly not always accurate, they are not always negative. In fact, some cast a positive light on a certain group or type of people. However, they are still over-generalizations and ultimately not helpful because individuals and groups cannot be limited to a few stereotypical traits.

Each culture has key characteristics that make them vibrant and unique. Unfortunately, each culture also has its share of stereotypes — negative and positive — about themselves or other cultures. Stereotypes are often broad and overly generalized, and this can lead to some harmful beliefs and misconceptions about individuals or entire cultures.

Whether it’s the jocks, nerds, cheerleaders, or goths in your school or the lone wolf at work, people sometimes make assumptions about different social groups based on their characteristics, economic class, age, skills, etc. While these can be positive, there are many negative stereotypes about various social groups.

One of the most egregious kinds of stereotypes is racial stereotypes. These stereotypes are extremely harmful to others and can result in discrimination and even violence. While stereotypes — especially racial and cultural stereotypes — are often harmful, there are some that can seemingly reflect positively on groups. Nevertheless, stereotypes contribute to misconceptions about and inequality among groups because they reduce individual or collective experiences to a few characteristics that do not apply to everyone.

People of different genders have always been compared and contrasted with each other, which can result in stereotypes. Negative stereotypes can arise when people of a certain gender make generalizations about another gender or even their own.

Religion is a deeply significant aspect of life for billions of people around the world and impacts most people in some way. Because religion is so prevalent, both positive and negative stereotypes have been formed over the years.

Why All Stereotyping Is Harmful

Stereotyping leads to categorizing people into groups based on certain characteristics or ideas about that group. This can be limiting at best and lead to unintentional or intentional discrimination — and even violence — at worst. Even in instances of apparently positive or neutral stereotypes, stereotyping can still be harmful because it creates preconceived ideas or expectations for people that they may not meet, or it can make a person feel reduced to those stereotypical traits.

The human mind is endlessly fascinating and complex. Review psychological terms and phenomena with the following: