Synesthesia is a neurological occurrence when one sensory experience automatically triggers another sense. It means “to perceive together” in Greek, indicating two senses that are felt simultaneously. There are many synesthesia examples in psychology. For instance, people with synesthesia, or synesthetes, may smell pears when they hear their own name.

These sense combinations and associations can result in higher sense awareness, heightened creativity, and strong memory recall. Though synesthesia is an irregular sensory processing phenomenon, it is not considered a processing disorder. 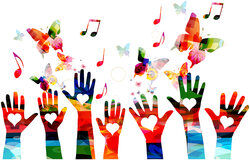 As the most common type of synesthesia, projective synesthesia occurs when someone literally sees a color or shape, hears a sound, or feels an object in response to an unrelated stimulus. These sensory associations are persistent across experiences. For example, a person who sees the number 2 as blue will always see it as blue in any context.

Here are some examples of how synesthetes may experience different sensory experiences.

Ordinal linguistic synesthesia describes the attribution of personality traits and/or genders to numbers, letters, and colors. It is considered to be a form of associative synesthesia.

Psychologists and neurologists have attempted to study synesthesia with varying levels of success. Because each synesthete’s perception is different, it is difficult to make definitive claims about its origin, causes, and implications. Two famous case studies from the 20th century each studied noted synesthetes in an attempt to learn more about the condition.

The Mind of a Mnemonist

Solomon Shereshevsky’s synesthesia enabled him to have a nearly perfect memory. All five of his senses were linked in various ways. His sense associations allowed him to create imaginative mnemonics, but they could also be distracting from a literal sensory experience.

Neuropsychologist Alexander Luria studied Shereshevsky’s synesthetic experiences over a 30-year span in his 1968 book, The Mind of a Mnemonist. The case study prompted a new generation of neurologists and neuropsychologists to look more deeply into synesthesia and memory.

The Man Who Tasted Shapes

Written by neurologist Richard Cytowic in 1993, The Man Who Tasted Shapes chronicles the experiences of synesthete Michael Watson. It outlines the collaborative experiments that formed Cytowic’s conclusions about synesthesia. The second part of the book reflects on how synesthesia is connected to emotion and what the study of synesthesia could mean for the field of neuroscientific study.

What causes synesthesia? Who is more likely to have it? Check out these interesting facts about synesthesia and famous synesthetes.

Synesthesia can be found in literature and poetry as well. Check out our article on different ways to use synesthetic experience in figurative language and characterization, and read excerpts of famous literary uses of synesthesia.