Types of Angles Explained in Simple Terms (With Examples)

What is an angle? Mathematical angles are formed by two lines or rays sharing an endpoint. They are expressed in degrees as a measure of circularity with the symbol °. Keep reading to learn about the seven different types of angles and what they look like in geometric shapes. 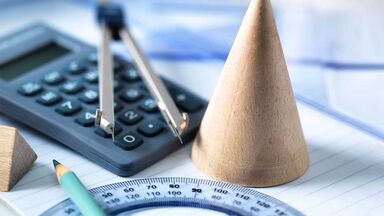 The definition of the smallest angle is a zero angle. It involves two rays being so close together that there is not even one degree between them and no rotation. You're unlikely to see zero angles in many geometric shapes (unless they are very flat).

Once the rays separate a bit, their shared endpoint (called the vertex) becomes an acute angle. Any angle that is between 1° and 89° is considered acute. Geometric shapes where you might see acute angles include stars and acute triangles (where all three angles are less than 90°, including equilateral triangles, which have three 60° angles).

Right angles are easy to spot because they look like the letter "L." The lines that form right angles go straight up and straight across, forming a 90° angle. All the angles in squares and rectangles are right angles, and right triangles always include one 90° angle.

When an angle has gone all the way around, it's reached 360° and is a complete angle (also called a full rotation or full angle). Complete angles may look a lot like zero angles, but they're quite different. They indicate that a line has traveled 360° in the opposite direction, and is now back where it started from. A zero angle indicates that there never was any separation between the lines at all.

How to Measure Angles

Now that you know which angles are which, how can you identify them when you see them? There are a few reliable ways to measure an angle, including:

Even though it's tempting to guess the measurement of an angle just by looking at it, you're better off calculating the angle. However, if you know which shapes are more likely to contain which angles, it will be easier for you to narrow down the range of measurements they can be.

The Rotating World of Math

Learning the basics of math and geometry is a great start to understanding real-world applications. Once you know how to measure different types of angles, you can practice woodworking, decorate a room, design a house, plant a garden, and more! Keep the geometric learning going with examples of the types of lines in geometry. You can also refresh your math knowledge with these basic math terms to know.