Types of Variables in Science Experiments 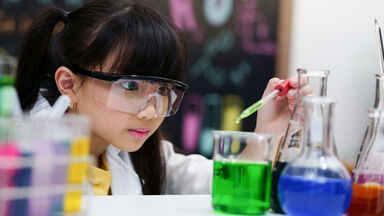 Different Types of Variables in Science

As a budding scientist, you want to learn about the world around you. To do that, it is important to explore cause and effect relationships. You even try to predict what will happen through your hypothesis. To test your hypothesis, you need an experiment with a variable.

Variables are the factors, traits, and conditions you can modify and measure. You’ll find different variables in all types of subjects. But, the most common variables found in a science experiment include dependent, independent, and controlled. Check out what each is through examples.

When doing a science experiment, some variables need to remain constant. These are your control variables. By keeping a variable constant, you ensure your results remain accurate. If you have an experiment without a control, then you can’t be completely sure of the cause and effect. To help you understand this concept, look at our examples.

Other Types of Variables

While the big three are typically what you think about when it comes to an experiment, they are not the only variables. However, the other variables that can affect a scientific experiment are a bit harder to explain.

When it comes to intervening variables, they’re hard to define because they aren’t as straightforward as dependent, independent, and controlled variables. These variables are abstract correlations between your dependent and independent variables you can’t observe in research. For example:

There are some variables you aren’t going to look at in your study called the extraneous variables. They aren’t the independent variables, but they are uncontrolled variables that might cause unintended changes to your results.

When it comes to your science experiment, there are a lot of variables to think about. These include not only the variables you’re studying, but also the ones you aren’t. Dive more into fun science topics by looking at genetic engineering and genotypes.