US State Capitals and Their Most Interesting Facts

What state capitals were named after presidents? Which capital is the least populated in the United States? Learning about capital cities can be very patriotic – and interesting! Keep reading to learn these fascinating facts and many more. 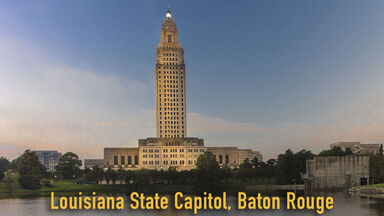 Most Interesting Facts About Each State Capital

See if you can name the smallest U.S. capital by land size. What about the largest U.S. city that doesn’t have a professional sports team? You’ll know a lot more about capital cities that begin with A, B, or C after reading these fun facts.

It’s fascinating to learn what famous state capitals were almost named, or what historical events first occurred there. Check out these interesting facts about state capitals that begin with D, F, H, I, and J.

What is the most populous state capital? Which city is home to the oldest capital building? Keep reading to learn all about state capitals from L - R in the alphabet.

They may be last, but they’re certainly not least! Here you’ll find the oldest state capital, the only non-captured Confederate capital, and the westernmost United States capital. Check out these amazing facts:

If you need more historical knowledge in your day, here are some additional facts about U.S. state capitals. You’ll learn which states do not have access to the interstate highway system and where you’ll find the only royal palace in the United States.

The true beauty of America lies in its diversity. Having fifty states united in one country makes for a very interesting history! If you’d like to write more about the United States, check out a list of words that describe America. Now that you know about the U.S. capitals, make sure you know the difference between capital and capitol.