Vernacular is a literary term that’s hard to define and to understand. The vernaculars used by groups of people in everyday life are often reflected in literature for authenticity. Explore what vernacular means and how to spot it. 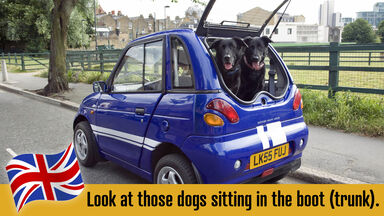 In general, vernacular (ver-nack-yoo-lar) is a noun that refers to the common language used widely by ordinary people in a certain location. It comes from the Latin word vernaculas, which means “native.” It’s the way a normal group of people would speak casually in their given setting. Vernacular languages are often spoken more than they are written.

More specific definitions of vernacular include:

Colloquial as a Synonym for Vernacular

Colloquial is an adjective defined as “having to do with words or expressions used in ordinary language by common people.”

“Vernacular” is usually used as a noun, whereas “colloquial” is always an adjective. When vernacular is used as an adjective, the two words have similar meanings.

Dialect is a very specific type of vernacular. Dialect is defined as “a variety of a language which has different pronunciation and vocabulary than the standard language of the culture.” It is usually specific to a social class or very small region, whereas vernacular would be the language of a larger group.

Vernacular and slang are not the same thing. Slang is “a casual type of language that is playful or trendy and used by a particular group.” Think of vernacular as the language used by the average person, while slang is used more by specific groups, like teenagers.

The Role and Importance of Vernacular

The word “vernacular” helps express that the language used is that of a specific group, especially when it is different from the standard language used in that setting.

The use of vernacular honors diverse cultures and helps you understand them. For specific professional groups, the vernacular language helps complete work and communicate about it in context.

Everyday Examples of a Vernacular

Almost all communication in the world today is in the vernacular. Formal language is reserved for things like academic papers.

Spanish is the national language of Spain, and it is the common language spoken by the average person there.

The use of acronyms and abbreviations is the common language of the average person sending a text message. Text vocabulary includes acronyms like LOL and abbreviated words such as “congrats” instead of “congratulations.”

Literature Written in a Language Other Than Latin

Prior to the Middle Ages, Latin was the standard language used for writing literature. When a regional language grew out of Latin, like French, and was used to write literature, it was considered the vernacular. French would have been the common language of the average person in France, so novels set there and written in French were written in the vernacular.

Examples of a Vernacular in Literature

In literature, the use of vernacular helps show settings and characters. It also helps the reader feel close to and relate to the characters, drawing them into the story.

Prior to its publication in 1522, the Bible was almost always written in Latin. When the German priest Martin Luther translated the Bible into German and published it, he used a vernacular language. German was the common language of the people of Germany, and it was different from the standard, which was to use Latin.

A variety of class-based dialects are used throughout The Catcher in the Rye by J.D. Salinger. Together, they form the vernacular of the book. The rich people speak one way while the poor people speak another way; these are the dialects showcased in the vernacular.

The Adventures of Huckleberry Finn by Mark Twain

The use of informal languages in Mark Twain's The Adventures of Huckleberry Finn is another example of using the vernacular in literature. While some might point to specific quotes as examples of vernacular, it is actually the sum of all the language used in the book that is an example of vernacular.

The Color Purple by Alice Walker

Throughout The Color Purple author Alice Walker writes in African American Language. This language is a vernacular of Standard English that’s commonly spoken by African Americans in the United States.

The Language of Literature