What Are Examples of Classification Paragraphs? 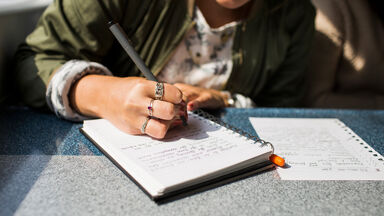 How to Form a Classification Paragraph

Different students attend various types of schools; they can usually be classified as either public, private religious, private nonreligious, or alternative. Public schools are funded by the state, and the majority of students in the United States attend them. Private schools are schools that do not receive federal funding but are instead supported by a private organization or funding from individuals. Private religious schools are based around a particular faith, such as Catholicism, Protestantism, Judaism, and so forth. Religion is part of the everyday lives of the students and they also learn about their faith in addition to regular subjects. On the other hand, private nonreligious schools do not receive state funding and have the ability to make their own rules. Alternative schools can be made up of a variety of different categories, such as the Montessori program or technical schools, which are typically self-paced and hands-on. Most students who attend class in a school building go to one of these types of institutions.

Did you know there are different types of first dates? Learn all about them in this sample classification paragraph.

A first date marks the first meeting or outing of two people who are hoping to form a romantic relationship. First dates can be categorized as successful, clingy, boastful, or awkward. Successful first dates include both parties expressing information about what they like, who they are and what they are looking for. Usually, these dates will end in tentative plans for a second one. Clingy dates end up with one of the parties practically begging for information about the other or to begin a relationship with them. In this case, the non-clinger is not interested. On boastful dates, one member of the duo talks about all of his or her skills, talents and abilities while the listening end of the pair is never asked about his or her life. Awkward first dates generally involve lots of silence or one or both of the partners not knowing how to act appropriately. First dates occur every day and generally fall into one of these categories.

Explore different ways to lose weight in this example.

People looking to lose weight have a few options: exercise, diet, weight loss pills, or surgery. Exercising involves going to a gym, working out at home, or joining some sort of class or sports team. Dieting often involves strict management of what one eats in order to lose, gain or maintain weight. Weight loss pills can help individuals who have difficulty losing weight by reducing appetite, reducing fat absorption or increasing fat burning. A person can lose weight by combining the pills with other methods such as diet or exercise. Individuals who are severely overweight can talk to a doctor about having surgery to help them to lose the weight that they need.

Example: The Evolution of Rock Music

Rock music genres are the classifications discussed in this original sample.

The genre of rock music encompasses many distinct styles under the same umbrella, including electronic, acoustic, heavy metal, folk, punk, and glam. The origins of rock music can be traced back to other genres such as jazz, gospel, the blues, and African-American music, among various other influences. While the genre began with guitar and piano-driven popular songs, today there are hundreds of variations. Electronic rock contains elements of computer-generated or synthesized instruments, including drum machines and electronic guitars, in addition to some of the elements from the original movement. Heavy metal is characterized by heavy guitars and big, distorted sound, while folk-rock typically has a much more acoustic sound with instruments like banjos and harmonicas. Glam rock and punk rock emerged in the late 1970s and share a stripped-down sound with an emphasis on aesthetics, while punk rock tends to be more aggressive and glam tends to be more theatrical. In recent years, rock music tends to share a distinctive beat with electric or acoustic guitars.

Example: The Many Kinds of Friendships

Even an abstract concept like friendship can feature different types or categories.

Book genres are one common example you could explore in a classification paragraph.

The word literature evokes the image of a book-lined shelf or an evening spent in a chair with a novel. While written literature has been around for thousands of years, it has always taken on different forms. There are many genres and classifications of literature, with “high” and “low” being the broadest categories. Literature simply means written work, although some would argue that the term refers specifically to published works, or even to works that have garnered some critical acclaim. High literature connotes literature that has been accepted as academically or culturally significant. Low literature, like some young adult fiction or genre work such as fantasy, sci-fi, horror, or romance, does not always have the intellectual value of high literature. However, there is some crossover between high and low literature. The novels of Robert Louis Stevenson, Mark Twain and S.E. Hinton were originally written for a young adult audience, but are considered classics today.

Some things, like religious groups, are purposefully sorted into different categories.

There are over 4,000 religions in the world today. Therefore, the beliefs and practices between religions vary widely. The five main religions are Christianity, Islam, Judaism, Hinduism, and Buddhism. Christianity, Islam and Judaism are classified as Abrahamic religions because all share a common father, Abraham, although there are many differences between them. Christianity accepts Jesus as the Messiah, Islam views Mohammad as their prophet, while those who follow Judaism do not believe a Messiah has come yet. These religions are monotheistic because their adherents only believe in one god. In contrast, Hinduism is polytheistic, and its followers worship many gods. Buddhism is unique in that it does not promote the idea of a central god or creator, but instead accepts the existence of many gods and views enlightenment as the ultimate goal. While these religions are very different from each other, they all promote loving others, living moral lives and working toward the benefit of humanity.

Scientific classifications are often used to sort things like plants or animals.

Dogs are domesticated animals that have been living with humans for generations. Dogs can be classified in a number of different ways. Most notably, they can be categorized by breed. Examples of different breeds include beagles, basset hounds, golden retrievers, poodles, and countless others. They can also be classified by their role in the lives of their masters and the work they do. For example, a dog might be a family pet, a working dog, a show dog, or a hunting dog. In many cases, dogs are defined both by their breed and their role. For example, a dog could be a beagle that is a family pet.