What Are Examples of Economic Sanctions? 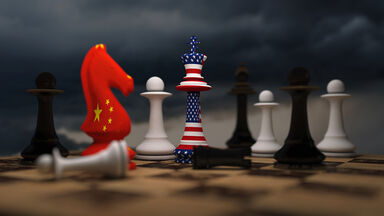 Political leaders have a lot of different tools in their tool belt when it comes to running a country. Economic sanctions are just one of them. To keep it simple, an economic sanction takes away some form of trade or financial relations from a country. It’s used to moderate country behavior or even to punish a country acting out of order.

For example, if a government is oppressing its people or committing genocide, the United Nations will use economic sanctions as a way to punish that country. Economic sanctions work because they take resources and finances away from them affecting the stability of their economy.

What Are Examples of Sanctions?

Embargoes are used to restrict trade items. Embargoes are everywhere. However, one item banned by multiple countries around the world is the trade of military items into specific countries. For example, the European Commission has an embargo on the export of weapons and related materials to the Central African Republic. This restriction is part of the targeted measure by the United Nations to prohibit arms in those countries fueling violence.

The word tariff might sound familiar because it’s always in the news. Tariffs are a tax imposed on imported goods. For example, many imported agricultural goods to the U.S. have a tariff. In 2020, China and the U.S. had multiple changes to their tariffs on goods imported and exported between the two countries.

You might know that a government can freeze its citizens' assets. But they can also freeze the assets of citizens of other countries or even whole countries. For example, the U.S. has frozen the assets of Iran in response to terrorism and violence.

Who Can Impose Sanctions?

Pros and Cons of Economic Sanctions

While economic sanctions are a valuable economic tool, they do come with pros and cons for governments.

The benefits of economic sanctions include:

The costs of economic sanctions include:

The Fine Line of Economic Sanctions

Economic sanctions are different restrictions or bans that one country makes on another. They can include anything from banning the trade of military items to regulating technology coming in from a country. While economic sanctions can be an effective political tool in foreign policy, they are a double-edged sword with serious consequences. For more information on economic policies, explore examples of trade embargos.