What Are Examples of Implied Powers? 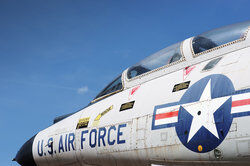 Examining the Implied Powers of the U.S. Congress

The U.S. Constitution was signed in 1787. There have been a lot of changes to the world since then. Expecting that changes might happen, the framers of the Constitution gave the federal government certain implied powers.

Implied powers are not stated in the Constitution, but instead, they are created under the “necessary and proper” clause using the expressed powers that they do have.

Implied powers are created from Clause 18 in Article 1, Section 18 of the U.S. Constitution. This clause is called the “necessary and proper” clause or “elastic clause.” It states:

To make all Laws which shall be necessary and proper for carrying into Execution the foregoing Powers, and all other Powers vested by this Constitution in the Government of the United States, or in any Department or Officer thereof.

Purpose of the Implied Powers

Implied powers were a way for the framers of the Constitution to provide a document that could grow with the United States. Using the expressed powers as a guide, the government would be able to use the “necessary and proper” clause to meet the ever-expanding needs of the American people.

For example, they could set wages that were fair or enact a healthcare bill to ensure that all people were treated fairly and offered the services they needed.

Typically, one of the most famous uses of implied power you will hear discussed is McCulloch vs. Maryland. In this case, Congress used their implied power from the Constitution to create the Second National Bank. They did so because it was considered “necessary and proper” for the general welfare of the United States and its people.

When Maryland tried to place a tax on these notes, John McCulloch appealed it. The Supreme Court ruled in McCulloch’s favor, setting into motion the precedent for the use of implied powers to create laws.

Throughout American history, there have been several ways that implied powers have been used by the United States government. Using their power to regulate commerce, collect taxes, raise an army and establish post offices, to name a few, the government has enacted the following:

You can’t look at inherent and implied powers without defining “expressed powers” too. These are the 17 powers that are clearly stated in the Constitution. Judgements made for implied powers use one of these expressed clauses as justification. For example, justification for the draft uses Clause 12, “calling forth the Militia to execute the Laws of the Union.”

By its very nature, the “necessary and proper” clause is full of controversy.

The first comes in the wording itself. What is considered “necessary and proper” is subjective depending on the opinion of the person interpreting the article. What one person might consider necessary, others may not. Additionally, the fact that this clause expands the others creates issues, because questions arise as to where that power stops. This generates controversy from the limitations of the articles and the power they create.

For example, the Second Amendment protects the “right of the people to keep and bear arms.” However, the commerce clause has been used to regulate that right. Many could see this regulation as an infringement on their right to bear arms.

Power That Is Implied

While the wording of the elastic clause was meant to make the Constitution timeless, it can lead to controversy because of differences in interpretation and the power it creates. For more, look at the reserved powers under the 10th Amendment. Getting a well-rounded understanding of the Constitution can show you how checks and balances come into play every day.