What Are Sound Devices in Poetry? Examples and Types

Poetic sound devices help the reader “hear” a poem. The way a poet structures their stanzas and chooses their words can bring a poem to life. Keep reading to learn more about common types of sound devices in poetry, as well as examples from famous poems. 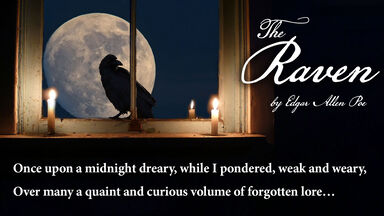 Did you know that repeating a word or selecting a rhyme scheme can create sound in a poem? Repetition and rhyme are only a few of the many sound devices found in beautiful poetry. Check out these types of sound devices and see how many resonate with you!

Alliteration is a term for repeated letter sounds (usually consonants, but not always) at the stressed part of two or more words. One example is “glowing golden grains.” Another word for alliteration is initial rhyme or head rhyme.

Ezra Pound’s “The Seafarer” uses several examples of alliteration. See if you can spot them in the first eight lines:

May I for my own self song's truth reckon,

Journey's jargon, how I in harsh days

Bitter breast-cares have I abided,

Known on my keel many a care's hold,

And dire sea-surge, and there I oft spent

Narrow nightwatch nigh the ship's head

While she tossed close to cliffs.

Like alliteration, assonance is the repetition of sounds in multiple words. Assonance describes repeated vowel sounds in the middle of words with different consonant end sounds. You can see assonance in the phrase “faded gray waves.”

A great example of assonance comes from “The Raven” by Edgar Allen Poe:

Once upon a midnight dreary, while I pondered, weak and weary,

Over many a quaint and curious volume of forgotten lore…

“Dreary” and “weary” are rhyming words because they have the same ending sound, but “weak” shares the same /ea/ vowel sound as the surrounding words. “The Raven” contains several examples of assonance that both keep the poem moving and reflect the speaker’s slow descent into madness. Read this article for more poems that use assonance for sound effect.

An example of consonance occurs in “I Saw a Chapel” by William Blake:

I saw a chapel all of gold

That none did dare to enter in

And many weeping stood without

The repeated -ing sound not only sets a pleasing pattern for the reader, it also creates the sound of church bells ringing. Take a look at this article for more examples of consonance in writing.

Softly, in the dusk, a woman is singing to me;

Taking me back down the vista of years, till I see

A child sitting under the piano, in the boom of the tingling strings

And pressing the small, poised feet of a mother who smiles as she sings.

The quick juxtaposition of “boom” and “tingling” highlights the wide range of a piano’s high and low notes. Want to see more poetry with onomatopoeia? Check out these noisy poem examples.

Repeating a word in a poem may not make sense until you read it out loud. Repetition allows the speaker to emphasize a particular word and cause a desired sound in a poem. Check out the first stanza of T.S. Eliot’s “Ash Wednesday” for an example of repetition:

Because I do not hope to turn again

Because I do not hope

Because I do not hope to turn

Desiring this man's gift and that man's scope

I no longer strive to strive towards such things

(Why should the agèd eagle stretch its wings?)

Why should I mourn

The vanished power of the usual reign?
(Eliot, "Ash Wednesday")

Two examples of repetition – “because I do not hope” and “why should” force the reader to ask these questions more than once. They reaffirm the prevalence of such thoughts in the speaker’s mind. You can learn more about the different types of repetition with these explanations and examples.

Even people who don’t read much poetry can recognize a rhyme. Rhyming words have the same end sound repeated at the end of a line. Many poems, such as free verse poems, don’t use a particular rhyme scheme.

Robert Frost uses an ABAAB rhyme scheme in “The Road Not Taken” to strong effect:

And sorry I could not travel both

And be one traveler, long I stood

And looked down one as far as I could

To where it bent in the undergrowth…

The first, third, and fourth lines rhyme, while the second and fifth lines rhyme. You can also find rhyme within a line called internal rhyme. Learn more about the different types of rhyme.

The rhythm of a poem is its beat. It marks the accented syllables as well as the downbeats. You can track a poem’s rhythm by its feet and meter.

Clap to the beat of the first stanza of Emily Dickinson’s poem “Because I could not stop for Death” to see rhythm in action:

Because I could not stop for Death –

He kindly stopped for me –

The Carriage held but just Ourselves –

(Dickinson, “Because I could not stop for Death”)

Music with lyrics depends on the same poetic sound devices that you’ve just read about. You may not be able to immediately identify instances of alliteration, assonance, or onomatopoeia in a song, but once you view the lyrics as a poem, it becomes easier. Put on your favorite song and see how many poetic sound devices you can find!

Poetry in Our Lives

Chances are, you use these poetic sound devices in your everyday conversation. But poetry doesn’t stop at what you can hear – it needs to activate all five senses to truly set the scene. For more poetry information, check out a resource that lists 20 different poetic devices.