What Is a Farce? Common Examples in Literature

Have you ever watched a movie and thought, “That would never happen.” If so, you might be watching a farce, especially if you are laughing. A farce is a type of comedy with preposterous and funny situations. Learn more about a farce through examples. 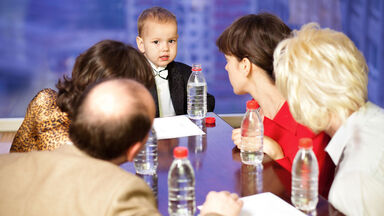 What Is a Farce?

Everyone needs a little ridiculousness in their lives. That might just be why farce movies and books are so popular. What is a farce? At its core, a farce is a comedy. Generally, stories considered a farce use physical humor, miscommunications, absurdity, and preposterous situations to make you laugh.

For example, any movie with “National Lampoon’s” in the title is almost guaranteed to be a farce. These movies play up absurdity, miscommunication, and physical humor to get you laughing at the ridiculousness of it all. For example, National Lampoon’s Christmas Vacation is full of farce, from slapstick humor to miscommunications galore. Poor Chevy Chase’s character can’t seem to catch a break as he falls from one mishap to another. While there is a plot to the story, it’s less important than having you rolling around in laughter.

Elements of a Farce

With a basic idea of what a farce is, dive into some fun examples. While there are other examples out there, these explore the genre and situations the best.

William Shakespeare is known for many things including this famous farce, The Comedy of Errors. This play is based on mistaken identity and a classic example of slapstick farce. In it, two separated, unknowing twin brothers with the same name end up in the same city. As you can imagine, mistaken identities, confusion, and hilarity ensue.

The Importance of Being Earnest

Oscar Wilde also made a great farce of mannerisms in his play, The Importance of Being Earnest. Using the upper class and their ridiculous follies, Wilde adds an unrealistic storyline of women wanting to marry Ernest. However, Ernest doesn’t exist. As you can imagine, it becomes quite a mess. At one point, Miss Prism even puts her child into her handbag.

When it comes to a farce play, it’s all about playing with the plot. In Charley’s Aunt by Brandon Thomas, two boys get a friend to impersonate Charley’s aunt at a luncheon. However, when the real aunt shows up incognito, things get a bit out of hand. Mistaken identities and ludicrous situations make this the typical farce.

While plays are a great source of farce entertainment, farce situations and plots are all over in comedy. Explore a few modern and classic farce examples in pop culture.

The 90s classic Home Alone is a Christmas must-see in many households. However, this movie also falls snugly into the farce category. The unlikely situation of a family forgetting their child is a bit far fetched; however, when you throw in a couple of bumbling robbers and a house full of traps, you have a laugh out loud comedy classic.

Aliens are a little far fetched. However, when aliens attack the world in the form of a video game, you have a modern farce on your hands. Explore this modern farce movie that takes you through aliens misinterpreting Pac-Man as a declaration of war. Not only are there witty characters, but it’s full of good old slapstick comedy.

A late night TV favorite, Saturday Night Live is built on farce. With a guest host and a number of different skits, Saturday Night Live uses witty banter and miscommunication to have you laughing. Think about Will Ferrell and his rendition of Craig the Spartan Cheerleader for chess matches.

The Importance of Farce

A farce is a type of comedy that uses a combination of miscommunication, absurd plots, and strange situations to make you laugh. Typically, theatrical farce makes a statement about some type of societal convention, like poking fun at the elites in The Importance of Being Earnest. Even the title is witty!

Now that you’ve explored some examples of farce, you might try looking at other genre types. Jump into the opposite of comedy and look at tragedy examples.