What Is a Flat Character? Examples and Description

The term “flat character” may sound boring, but these types of characters play important roles in literature. Explore what a flat character is to see how these two-dimensional characters support a story. 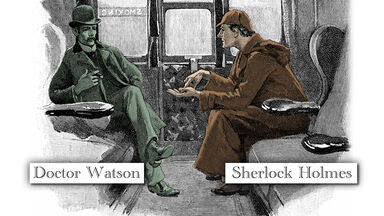 Definition of a Flat Character

There isn’t much time, energy, or effort put into developing a flat character, so they are often defined by one trait, characteristic, or motivation throughout the entire story, book, or play.

All flat characters are not created equal, but most share a few things in common.

A round character is carefully written as a complex being. They feel more like real people because they are multi-dimensional. Flat characters are the opposite of round characters.

While flat characters are often static, these two terms are not synonyms. A static character is one that doesn’t change throughout the story, but they can be very charismatic and well-developed.

Role of Flat Characters in Literature

Flat characters that help move the story serve one of five standard purposes. These could be considered the different types of flat characters.

You can find flat characters in any fiction genre from picture books to novels.

Crabbe and Goyle From Harry Potter

In some of the Harry Potter books by J.K. Rowling, readers need a way to see what Draco Malfoy is doing behind the scenes and what he says in private. His closest friends Crabbe & Goyle are summed up as “goons,” but they help readers get inside Draco’s world.

Dr. Watson is the infamous sidekick to Sherlock Holmes in the book series by Sir Arthur Conan Doyle. His main trait is his loyalty. While the reader does learn details of Watson’s life throughout the books, he is easily characterized as a loyal friend.

Elizabeth Proctor From The Crucible

Elizabeth is a main character in The Crucible by Arthur Miller who does have some internal insights throughout the novel. She is considered a flat character because she can be summed up as “a good Christian woman” of her time who does not waver in her righteousness.

Miss Crawford From To Kill a Mockingbird

Miss Stephanie Crawford can be summed up as a “gossip” in To Kill a Mockingbird by Harper Lee. She serves as an extra who populates the town to help it feel realistic and provides an easy way for the reader to see what a lot of different people are thinking.

If you’re still having trouble understanding flat characters, you can think of them like acquaintances in your life. These people are a part of your life, but you don’t know a lot about them. Put your writing skills to the test and see if you can create a great flat character for your work in progress.