What Is a Maxim? Everyday Examples of General Truths

A maxim is a statement that reinforces a general truth about life. They come from adages, aphorisms, or proverbs, and are meant to guide one through a difficult situation as a life philosophy. Keep reading for everyday examples of maxims. 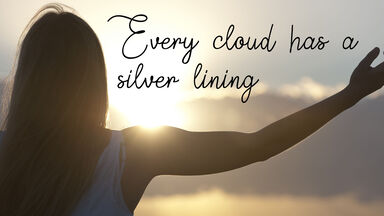 maxim every cloud has a silver lining

The human condition is complicated, but one can generally boil it down to basic statements of truth. These maxims often make their way into everyday conversation as a way to understand what someone is going through. See how many of the following maxims you’ve heard before, and how many are new to you.

Sometimes, it’s difficult to stay positive about a situation. That’s where these popular maxims come in! See if any of these popular sayings help you feel better about a less fortunate time:

Maxims About Love and Loyalty

Is love the most important thing in the world? Should you always be loyal to your friends? It depends on which maxim you base your life. Read these maxims about love and loyalty before deciding:

So many of the problems in our world come down to miscommunication. Learning how to express what you want – and to listen to others’ needs – seems much simpler than it actually is. Check out these maxims about communication:

Maxims About Wealth and Fortune

There are many maxims about money because people often need help in that area. Read through these warnings about money before making your next investment:

Is it better to know something and be hurt, or stay ignorant and remain happy? Judge for yourself with these well-known maxims about knowledge:

Staying patient can be so difficult sometimes. But as these sayings prove, the rewards are usually worth the wait. See if any of these maxims about patience can help to bide your time:

Maxims About Opportunities and Making Choices

Life is a series of opportunities waiting to be taken. But should you stay with the sure, safe option, or risk everything? Read through these maxims about opportunities and making choices to decide:

It would be great if success came to those who wished for it. However, as history has proven over and over, the only way to achieve success is through hard work. Check out these famous maxims about the importance of working hard:

There are many more sources that have contributed to our modern set of maxims. However, you may find that the majority of maxims you come across can be attributed to these origins.

Maxims help to articulate your priorities in life. They can express whether a person values love, money, success, hard work, patience, or taking opportunities most. For more options on expressing principles and beliefs, read an article on the differences between adages, aphorisms, and proverbs.