What Is a Prologue? Meaning and Main Purpose

Did you know some stories have two beginnings? One is the beginning of the novel, but the other, called a prologue, is a backstory. What is a prologue? It works to set the stage for the novel and get the reader up-to-speed or amped for the book. Learn the main purpose of a prologue through examples. 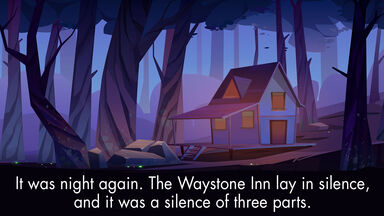 prologue example the name of the wind
Advertisement

What Is a Prologue?

Every story begins in chapter 1, right? Wrong. Some stories have two beginnings. The first beginning offers you a little pre-story or teaser called a prologue. This snippet might only be one paragraph, or it may encompass several pages. However, it’s full of important information you should pay attention to. It’s like an appetizer preparing you for the main course.

What Is the Main Purpose of the Prologue?

While some people might just blow off the prologue, you shouldn’t. The main purpose of a prologue is to provide you with information that doesn’t fit into the rest of the story from the narrator or character's point-of-view. For example, in Star Wars, the opening crawl prologue provides viewers with the conflict backstory for the fight of the rebels and the evil Galactic Empire. Other important functions of a prologue include:

Examples of a Prologue

Explore the importance of a prologue by looking at several famous examples. From classics to modern stories, see how each works with the novel.

Romeo and Juliet By William Shakespeare

Two households, both alike in dignity,

In fair Verona, where we lay our scene,

From forth the fatal loins of these two foes

A pair of star-cross'd lovers take their life;

In Romeo and Juliet, Shakespeare sets the stage for the viewers by telling us about the Capulets and the Montagues. Readers are prepared for a tragic love story.

Come forward. Come in from the summer heat and the flies. Come in from that assault on all senses, that pummelling of rod and cone and drum and cilia. Come in from the great spotlight of the sun, sweeping across the white sands, making everyone, and therefore no one, a star. Come inside and meet the prologue…

Catherynne takes a unique approach with her prologue. In Radiance, she intrigues the readers through her prologue, enticing them to relax and enjoy the story.

Something Wicked This Way Comes by Ray Bradbury

FIRST of all, it was October, a rare month for boys. Not that all months aren’t rare. But there be bad and good, as the pirates say. Take September, a bad month: school begins. Consider August, a good month: school hasn’t begun yet...

Something Wicked This Way Comes provides an interesting look into the point-of-view the novel will take. It also works to set the tone while providing the readers with a bit of backstory.

The Name of the Wind by Patrick Rothfuss

It was night again. The Waystone Inn lay in silence, and it was a silence of three parts.

The most obvious part was a hollow, echoing quiet, made by things that were lacking. If there had been a wind it would have sighed through the trees, set the inn’s sign creaking on its hooks, and brushed the silence down the road like trailing autumn leaves...

In addition to getting a reader excited, Rothfuss’s prologue in The Name of the Wind works to set the tone of the story. It prepares the reader for the writing style.

Prologue vs. Preface vs. Foreword vs. Introduction

Since a prologue comes at the beginning of a story, it can easily get confused with a preface, introduction, or foreword. Get a clear definition for how a prologue is different.

The main difference between a prologue, preface, foreword, and introduction is a prologue is written in the character’s or narrator’s voice.

Purpose of a Prologue

Prologues have an important role in a novel or movie. They provide the readers and viewers with an introduction into the story that will unfold. It could foreshadow the conflict or might even provide a little back story. With the purpose of prologues solidified in your mind, try looking into an epilogue.