What Is a Protagonist? Examples in Literature & Movies

Your favorite book or movie probably has a strong protagonist. But what does that mean? And what are examples of great protagonists? Take a look at these examples to learn more about protagonists in literature and movies. 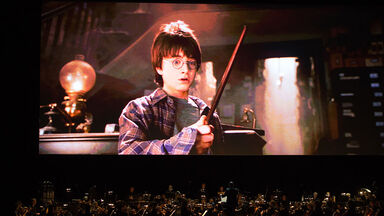 What Is a Protagonist?

A protagonist is the main character of a story, book, or movie. It comes from the Greek drama term protagonistes, which means “the first actor.” The reader or audience follows the protagonist’s journey and wants them to succeed.

Common attributes of a protagonist include:

These protagonists are known as antiheroes. These characters are often unlikeable, but because they are the main characters of their stories, they are not antagonists. Antiheroes sometimes learn the errors of their ways, but often are rewarded for their non-heroic choices.

Examples of Protagonists in Literature

Every book in the library has a protagonist with their own journey, flaws, and resolution. These characters face obstacles and antagonists as they develop into the heroes (or antiheroes) that they are. Read on for examples of protagonists that define their genre of literature.

To Kill a Mockingbird by Harper Lee is an American masterpiece because it is both relevant and relatable. Scout tells the story as an adult, recalling her childhood perspective of Maycomb’s intolerance and social expectations. She learns from her father’s justice in action that one must always stand up for others and expect the best from them, moving her closer toward adulthood.

William Shakespeare has no shortage of tragic protagonists, and Othello from his play Othello is no different. Othello is well aware that his success in life is hanging by the thread of chance, and so is easily convinced by Iago (one of the most famous Shakespearean antagonists) that his wife, Desdemona, has been unfaithful to him. However, it is Othello who loses faith, and in turn, loses the person he loves most.

The protagonist from Toni Morrison’s Beloved is Sethe, a former slave and grieving mother. A tragic past haunts her present, forcing her to face the decisions she’s made. Her journey is to move forward, while the antagonist of the story, Beloved, tries to hold her in the past.

Harry Potter versus Voldemort is a modern good versus evil story in J.K. Rowling’s popular series. While Harry Potter has his flaws, as all heroes do, he grows over the course of his adventures and is able to face Voldemort at each opportunity. Harry learns that family is the friends you make, and the real power comes from within.

Jing-Mei Woo from Amy Tan’s The Joy Luck Club is part of an ensemble of characters that make the novel rich and immersive. However, Jing-Mei is the protagonist because her story moves the narrative forward. Jing-Mei’s desire to understand the antagonist, her late mother, better inspires her mothers’ friends to tell their stories – and eventually, to Jing-Mei’s resolution in China.

Protagonists in movies don’t have the time to be as layered and complex as their literary counterparts. Movie characters need to establish their goals and conflicts quickly to keep the plot moving. These famous protagonists from movies face their flaws and clear obstacles on the way to their resolution.

Star Wars: A New Hope (1977) follows the hero’s journey step for step. Luke Skywalker is its hero; Darth Vader is his antagonist. Luke must overcome the shadows of his past and the loss of his mentor, Obi-Wan Kenobi, to become the Jedi Master he has always longed to be.

Archaeologist Indiana Jones is handsome, intelligent, and brave (unless there are snakes involved). The protagonist from Raiders of the Lost Ark (1981) finds conflict with a rival archaeologist, René Belloq, who wants to exploit the coveted Ark for money. But audiences have an easy time rooting for Dr. Jones, no matter the odds against him.

Woody from Toy Story (1995) cares about his kid, Andy, more than anything. But Woody’s loyalty is tested when Buzz Lightyear, the new flashy space toy, comes into Andy’s room. Woody must realize that working together is the only way to get Andy back – and that his antagonist isn’t so bad after all.

You’ll find the ultimate antihero in Michael Corleone from The Godfather (1972). He begins as a wide-eyed college graduate and war veteran and finds himself hardened to his eventual role as his family’s Godfather. No matter how low Michael stoops in protecting the Corleones against the other crime families in New York, the audience still roots for him.

New-girl-turned-mean-girl Cady Heron from Mean Girls (2004) goes through several highs and lows in her protagonist journey. Cady’s naivete allows her to become manipulated by the promise of popularity, becoming exactly what she has been fighting against. But Cady’s revelation at the end of the movie completes her journey, and even finds her friends with her old antagonist, Regina George.

Identifying the protagonist of a story can help you understand that story better. It makes conflicts look more like impediments to a goal and character traits as necessary plot elements. For more literary analysis tips, check out an article that describes different types of characters, including foils, static characters, and more.