What Is a Banana Republic? Explanation and Examples

The term banana republic does not refer to an official form of government, but its use does have a governmental component. The banana republic term is a derogatory term often used to describe countries plagued with a variety of problems, including a tyrannical or otherwise problematic government or government officials. Discover what is a banana republic and review some examples of places to which the term may apply. 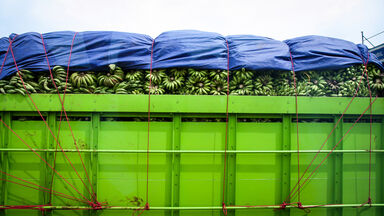 Banana Republic: Origins of the Term

The term banana republic was first used by early 20th Century writer O. Henry. He used the term in a 1901 short story called "Rouge et Noir," which was also published in his 1904 book Cabbages and Kings. The story was set in a fictional country called Costaragua.

Henry described Costaragua as a banana republic, which was very much based on real-world Honduras, an impoverished nation in Central America with an economy largely based on banana exports paired with a corrupt and destabilized government. American businesses that controlled the banana industry in Honduras at that time actually provided funds to help overthrow the government.

What the Term Banana Republic Means

Shortly after Cabbages and Kings was published, the term banana republic started being used as an insulting term to describe Central American or tropical countries where poverty is widespread, the banana industry is critical, and political corruption and unrest are the norms. No country or government is officially designated as a banana republic, but economists, journalists and others who study politics, economics and industry sometimes use the term to convey the reality that exists in certain locations.

Characteristics of a Banana Republic

The way the phrase banana republic is used has evolved since it was introduced more than a century ago. It is no longer limited to countries in Central America or the tropics. Key characteristics of a banana republic in the modern world include:

A country that at some point might exhibit all of the characteristics of a banana republic could change, which would mean that the term would no longer apply. The fact that someone refers to a country as a banana republic does not mean that the country really is one. Remember that the phrase is a derogatory description rather than an actual type of government.

When a country starts to exhibit some of the characteristics of a banana republic, those who study or analyze that country often begin to wonder if the phrase might apply, as do people who live in the country or in neighboring nations. For example, people in Kenya have accused governmental leaders of doing things that could cause the nation to become a banana republic. Sometimes such terms are thrown around as a form of sensationalism or propaganda. Learn about yellow journalism so you can separate these types of messages from facts.