What Is Context in Writing? Types and Significance

In writing, context refers to information that helps readers accurately interpret the meaning of a text. Context can take many forms, including background information or details about the circumstances, environment, or timeframe in which a work takes place. The defining characteristic of context is that it helps to clarify the meaning of a work of writing. 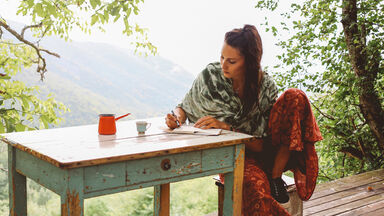 Four Types of Context in Writing

There are several types of context, including cultural, historical, physical, and rhetorical.

Culture refers to the traditions, beliefs, customs, and way of life specific to a particular group of people. Culture can be associated with a specific nationality, race, geographic area, or religion, just to name a few examples. Having insight into the culture of the characters in a novel or other work of writing provides important insights relevant to interpreting the story or situation. For example:

Historical context refers to what was going on in the world during the timeframe in which a work is set or was written. It involves factors like economic conditions, societal norms of the day, major events, technological advancements, etc. For example:

Physical context refers to the setting in which a work of writing takes place. It is the physical environment in which the story, or an event within the story, occurs.

The rhetorical context refers to the circumstances under which a particular piece of writing is created. It includes factors such as who the author is, the purpose of or occasion for the writing, and its intended audience. For example:

Context adds richness to a work of literature and helps to truly engage readers in the text. Context is important to writers and readers alike. It is essential to accurately conveying (writers) and understanding (readers) the meaning of a work of writing.

Without context, a book, essay, or other text doesn’t provide the reader with a framework for interpreting the concepts or ideas presented in the work.

Context Is Part of the Story

While context may not be directly woven into the dialogue of a story, it is the backdrop over which the story takes place. Whether you’re reading or writing a work of literature, a research paper, an essay, or a fact-based work of nonfiction, don’t overlook the importance of context. When an author’s words are considered out of context, misunderstanding is likely to be the result. Now that you are knowledgeable about context, discover other concepts that help convey meaning in writing, such as connotation, symbolism, and syntax.