What Is Denouement in Literature? Definition & Examples

As you study plot and other story elements, it helps to have a good denouement literary definition and some examples of this important term. A denouement is the tying up of loose ends in a story, and it’s essential for a satisfying reader or audience experience. You’ll see it in action in all the greatest literary works. 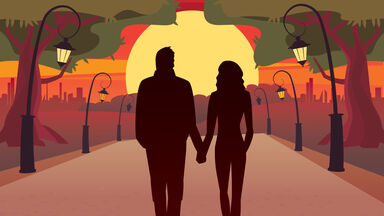 Pronounced “day-noo-MAHN,” denouement is a literary term with French origins. It directly translates as “untie,” but it really means a smoothing out or finishing of the story after the climax. Think of it as the last chapter in a book when all the loose ends are tied together.

Also called the falling action in a story, the denouement offers closure and answers any remaining questions the reader may have about what happens to the characters after the climax.

In a tragedy, the story is often finished with a particular kind of denouement called a catastrophe. This final action of tragedies tends to involve a disaster of some kind and a realization of that loss.

Virtually every story ever told has some type of denouement. Simply flip to the last few pages of a book or the last lines of a play. Here are a few classic examples.

In Beowulf, the character of Beowulf fights the dragon in the climax of the story. He dies because of that fight, but in the denouement, the reader learns that the dragon has also died. In the very end, the treasure is divided, and the dragon’s body is disposed of.

The best of the braves from the band of the ruler

He takes seven thanes, and enters the den.

Seven together; ’neath the enemy’s roof he

Went with the seven; one of the heroes

Bare in his hand. No lot then decided

Who that hoard should havoc, when hero-earls saw it

Lying in the cavern uncared-for entirely,

Rusting to ruin: they rued then but little

That they hastily hence hauled out the treasure,

They push the dragon over the wall.

The dear-valued jewels; the dragon eke pushed they,

The worm o’er the wall, let the wave-currents take him,

The waters enwind the ward of the treasures.

The hoard is laid on a wain.

There wounden gold on a wain was uploaded,

A mass unmeasured, the men-leader off then,

The hero hoary, to Whale’s-Ness was carried.

O brother Montague, give me thy hand.

This is my daughter’s jointure, for no more

But I can give thee more,

For I will raise her statue in pure gold,

That whiles Verona by that name is known,

There shall no figure at such rate be set

As that of true and faithful Juliet.

As rich shall Romeo’s by his lady’s lie,

Poor sacrifices of our enmity.

A glooming peace this morning with it brings….

In Wuthering Heights, Emily Bronte offers a poignant denouement as it relates to the character Heathcliff. Although Heathcliff has obtained his goal of owning two estates, he has lost everyone he ever loved. In the final few pages, the reader sees that Heathcliff has killed himself and is buried with his love.

I sought, and soon discovered, the three headstones on the slope next the moor: the middle one grey, and half buried in the heath; Edgar Linton’s only harmonized by the turf and moss creeping up its foot; Heathcliff’s still bare.

I lingered round them, under that benign sky: watched the moths fluttering among the heath and harebells, listened to the soft wind breathing through the grass, and wondered how any one could ever imagine unquiet slumbers for the sleepers in that quiet earth.

Moby Dick is the story of Captain Ahab and his obsessive quest to kill the whale. The climax of this story comes as the whale destroys the boats and Ahab harpoons the whale. The line from the harpoon inadvertently wraps around his neck. In the denouement, the dying whale takes Ahab with him, along with the ship and most of the crew.

But as the last whelmings intermixingly poured themselves over the sunken head of the Indian at the mainmast, leaving a few inches of the erect spar yet visible, together with long streaming yards of the flag, which calmly undulated, with ironical coincidings, over the destroying billows they almost touched;—at that instant, a red arm and a hammer hovered backwardly uplifted in the open air, in the act of nailing the flag faster and yet faster to the subsiding spar. A sky-hawk that tauntingly had followed the main-truck downwards from its natural home among the stars, pecking at the flag, and incommoding Tashtego there; this bird now chanced to intercept its broad fluttering wing between the hammer and the wood; and simultaneously feeling that etherial thrill, the submerged savage beneath, in his death-gasp, kept his hammer frozen there; and so the bird of heaven, with archangelic shrieks, and his imperial beak thrust upwards, and his whole captive form folded in the flag of Ahab, went down with his ship, which, like Satan, would not sink to hell till she had dragged a living part of heaven along with her, and helmeted herself with it.

Now small fowls flew screaming over the yet yawning gulf; a sullen white surf beat against its steep sides; then all collapsed, and the great shroud of the sea rolled on as it rolled five thousand years ago.

The Catcher in the Rye by J.D. Sallinger

Throughout The Catcher in the Rye, the character of Holden Caulfield struggles against despair. He’s been expelled by several schools and is incredibly lonely. In the climax of the story, Holden visits his sister Phoebe and reveals that he has been expelled yet again. In the denouement, the reader learns that Holden Caulfield still feels alone. Even telling his story makes him feel more lonely.

D.B. asked me what I thought about all this stuff I just finished telling you about. I didn't know what the hell to say. If you want to know the truth, I don't know what I think about it. I'm sorry I told so many people about it. All I know about it is, I sort of miss everybody I told about. Even old Stradlater and Ackley, for instance. I think I even miss that goddam Maurice. It's funny. Don't ever tell anybody anything. If you do, you start missing everybody.

Finding the Denouement in a Story

One way to identify the denouement in a story is to write a sequence of events. What happens at the most exciting point of the story, or the climax? Then what happens after that? The denouement is often the last event or revelation that happens in the course of a story.