What Is End Rhyme? Simple Examples in Popular Poems

In English, end rhyme is the most common type of rhyme used in poetry. All types of poems that use rhyme have either internal rhymes or end rhymes. As the name implies, end rhymes are found at the end of lines in poetry. 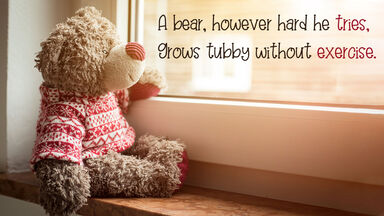 End rhyme is defined as “when a poem has lines ending with words that sound the same.” End rhyme is also called tail rhyme or terminal rhyme. It is one of many types of rhyme.

End rhymes can use different types of rhymes, although most use perfect rhyme.

Why End Rhyme Is Used in Poetry

End rhymes make it easy for readers to remember and recite poetry. This type of rhyme also gives poetry a musical quality that helps readers read the poem as it’s meant to be heard.

Maggie and Millie and Molly and May by E.E. Cummings

E.E. Cummings uses end rhyme in his poem “maggie and millie and molly and may.” At the beginning and end of the poem he uses perfect rhyme, but in the center his end rhymes could be considered slant rhymes.

“may came home with a smooth round stone

as small as a world and as large as alone.

For whatever we lose (like a you or a me)

it's always ourselves we find in the sea”

In the classic poem “Sick,” Shel Silverstein makes the last word of every pair of lines rhyme, which are called rhyming couplets. He mostly uses perfect rhyme and alters the rhyme scheme slightly at the end.

"I cannot go to school today,’

‘I have the measles and the mumps,
a gash, a rash, and purple bumps."

Writer A.A. Milne uses end rhyme in his poem “Teddy Bear.” The last word of every pair of lines throughout the poem rhyme.

“A bear, however hard he tries,

Our Teddy Bear is short and fat,

Which is not to be wondered at;

Poets who write for adults still use end rhyme, but they try to avoid cliché rhymes and standard rhyming pairs.

The Road Not Taken by Robert Frost

“I shall be telling this with a sigh

Two roads diverged in a wood, and I—

I took the one less traveled by,

And that has made all the difference.

Even long poems with dark topics like “The Raven” by Edgar Allan Poe can use end rhyme. This poem uses an abcbbb rhyme scheme.

Throughout the poem, Poe rhymes words with the “or” sound at the end of the second, fourth, fifth, and sixth lines of each stanza. He starts with the word “lore” and rhymes it with words like “door,” “more,” “Lenore,” and “before.”

End With a Rhyme

You can also find examples of end rhyme in many songs and books. Use what you’ve learned about end rhyme to write a poem that includes this type of rhyme.