What Is Folklore? Meaning, Types, and Examples

Every culture has its own folklore. But what exactly is folklore, and what different types can you identify? Keep reading to learn the meaning and types of folklore as well as examples of folklore from around the world. 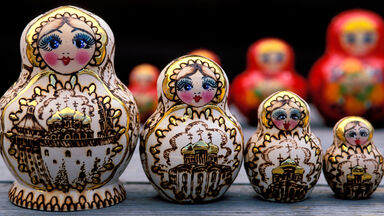 Folklore is made of two words: folk, which means regional people, and lore, which means stories. Therefore, folklore reflects stories told by people in a particular region. Folklore can define a population’s values, beliefs, and preferred way of life with its literary themes.

Folklore was passed down from earlier generations, who told the stories verbally. Each generation would then tell their own children, and these stories became part of a culture’s tradition. The invention of the printing press allowed these stories to be published – and shared with the world.

There are many ways for cultures to express their beliefs through folklore. Some populations use song and dance to tell their stories, while others tell larger-than-life stories about mythical heroes. Here are some types of folklore that you might know.

Traditional stories about common people are the basis for most forms of folklore. These folktales typically involve a person or animal learning a valuable lesson by obeying – or, in most cases, not obeying – cultural rules. Some examples of folk tales include:

Fairy tales are folk tales that include elements of fantasy stories, such as royalty and magic. Several early collections of fairy tales include stories published by the Brothers Grimm in Germany and Hans Christian Andersen in Denmark. They are often told to children as early introductions to social rules and expectations.

Here some examples of fairy tales told around the world:

Examples of cultural mythology include:

Cultures often put their stories from folklore to traditional music. They range from everyday stories of common folk to heroic tales told in ballad form. Some folk songs you might recognize include:

If you’ve ever been to a cultural festival or wedding, you’ve probably seen a folk dance. They are traditional dances taught to each new generation in a specific culture. These dances often require large groups of people and are performed at community gatherings and special events.

Check out these examples of folk dances from different cultures:

Proverbs are one or two-sentence expressions that reinforce a society’s morals and beliefs. They are meant to guide behavior within a culture. Some cultures use proverbs as adages or maxims.

Common proverbs from international cultures include:

Art created in a traditional medium by ordinary people is folk art. These artists are not professionally trained, but instead rely on traditions passed down by folk artists before them. The items they create can be displayed as artwork or used for everyday purposes.

Here are some examples of folk art:

Societies that include many different cultures, such as the United States of America, incorporate aspects of traditional folklore into citizens’ everyday lives. When done in a respectful manner, these adoptions honor the traditions of other cultures. Read an educational article to learn about the difference between cultural appreciation and cultural appropriation.