What Is Patriotism? Inspiring Acts in History & Life

Patriotism is a complex concept that can be difficult to clearly define. Develop a better understanding of what is patriotism by reviewing some inspiring examples of patriotic acts. 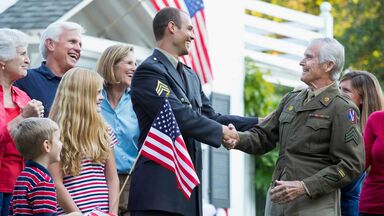 Patriotism is a sense of pride, admiration and love a person has for his or her country. It is not about allegiance to a political party or politician, but to the country as a whole. Patriotism is a form of constructive national pride (but is not the same as nationalism). Patriotism is an emotion that people feel towards their country, but it can also lead to patriotic actions.

There are many examples of behavior that can be motivated by patriotism. It's important to note, though, that not everyone who does these things is motivated by a sense of patriotism.

Many actions have occurred throughout United States (U.S.) history that are remembered as outstanding examples of patriotism.

Keep your patriotic education going by exploring some patriotic words to express your own patriotism. Patriotism goes hand-in-hand with democracy. Now that you have a good idea of what patriotism is, it's the perfect time to learn more about democracy. Start by perusing examples of countries with democracies. Of course, democracy isn't the same in every country with this form of government. Strengthen your knowledge base by learning about different types of democracy.