What Is Realism in Literature? Elements and Examples 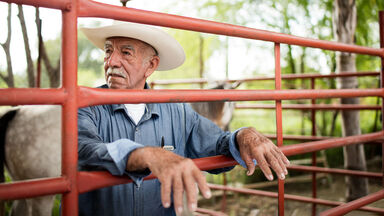 When trying to understand realism in literature, just think of the word real. Rather than applying filters or fantasy to your fictional world, realism is based on “real” everyday life. So, realism in literature is like that photo you take before adding all your Snapchat filters. In realism, you’ll find characters with genuine jobs and problems.

For example, a work of realism might chronicle the life of an average farmer. Rather than fun metaphors or imagery, a realistic writer would show you the undramatized life and dialect of the area.

Realism finds its roots in the early nineteenth century. The genre was a response to romanticism. Realist artists and writers wanted to get back to observations of society rather than creating exotic romantic works that are out of touch with the real world. One of the most famous early literary works showing realism in literature was The Human Comedy by Honore de Balzac. This was a series of 90 or so books examining French society.

Literary realism isn’t hard to miss. It has several classic elements to the writing giving away this story is a piece of literary realism.

While realism in literature explores real life and stories, it’s anything but boring. Explore the raw and unfiltered world through these realism literature examples.

The Adventures of Huckleberry Finn by Mark Twain

In The Adventures of Huckleberry Finn, it’s easy to see Twain's use of realism. The tale he recounts is something that could have easily happened during the time period. Not only did the novel capture the dialect of the time, but it examines the real-life events enfolding in that part of the country as Huck and Jim float down the Mississippi.

The Red Badge of Courage by Stephen Crane

In his Civil War novel, The Red Badge of Courage, Crane invited readers to explore the real life of a soldier during the time. His novel shined a light on the conditions of soldiers along with the realities of the battlefield.

Of Mice and Men by John Steinbeck

Set in the Great Depression, Steinbeck’s Of Mice and Men reveals the stark realities of people living in impoverished conditions. Through the novel, you follow the plight of two working-class men of the time and the economic difficulties they encounter. It also works to shine a light on the prejudices and isolation of those working with disabilities.

Life in the Iron Mills by Rebecca Harding Davis

An acclaimed novelist of her time, Rebecca Harding Davis illuminates the bleak working conditions of early industrial workers and the poor. She was one of the first realism writers in America to put a feminist perspective on the world around her.

A Realistic Look at Realism

Literary realism is a unique genre that looks at real life people and situations. It even explores real dialects of people. Not only does this work to make an interesting story, but it gives people a look into raw and unfiltered conditions of the time. It can also be a powerful commentary to enact change for specific people groups. Now that you know what realism is, you can dive further into magical realism or learn about the wonders of surrealism in literature.