What Is Symbolic Speech? Examples and Significance

What is symbolic speech? Ultimately, symbolic speech doesn’t use words at all, but it’s no less powerful than traditional speech. From flag burning to armbands, this form of expression isn’t always easy to identify, so having a symbolic speech definition can help you recognize it when you see it. 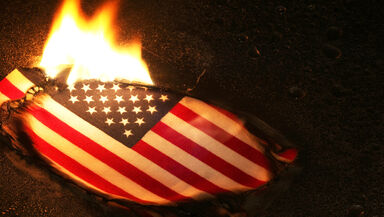 What Is Symbolic Speech?

Symbolic speech is a form of communication, but it uses no words. Symbolic speech does not include speech at all; nor does it include writing. It is non-verbal expression, consisting of pictures, actions, and gestures.

Is Symbolic Speech Protected by the First Amendment?

The First Amendment to the Constitution of the United States reads as follows:

Congress shall make no law respecting an establishment of religion, or prohibiting the free exercise thereof; or abridging the freedom of speech, or of the press; or the right of the people peaceably to assemble, and to petition the Government for a redress of grievances.

In many cases, symbolic speech falls under the protection of the First Amendment. However, the Supreme Court has a strict legal definition it uses to determine whether a specific situation of symbolic speech is protected.

The Supreme Court of the United States uses a four-part test to determine whether an action is protected symbolic speech. The court agreed on this definition during the case O’Brien vs. United States. When the symbolic speech defies or appears to defy a law, the court asks these four questions:

People have been expressing themselves through symbolic speech for thousands of years. In fact, it’s likely symbolic speech predates the spoken or written word. These are a few of the most notable symbolic speech examples in which people used this form of expression to communicate their ideology or their dissent.

The flag is the symbol of a country, and in the United States, burning the flag used to be illegal. However, in 1966, a man named Sidney Street burned a United States flag in protest over the death of civil rights leader James Meredith. When he was fined by the police, he took the case to court. Eventually, in the landmark case Street vs. New York, the Supreme Court decided that burning the flag was protected under the First Amendment to the US Constitution guaranteeing freedom of expression. Flag burning is a form of symbolic speech.

It’s important to note that the United States has failed to pass laws that protect the rights of individuals to burn flags.

During the late 1960s, American young men were being drafted to fight in the Vietnam War. Many people did not agree with the decision to go to war or the sacrifices asked of them, and Vietnam War protests erupted in many US cities. One method of protesting was burning draft cards, and this is a type of symbolic speech.

Originally, burning a draft card was considered a criminal act. However, David Paul O’Brien publicly burned his draft card, was arrested and charged, and appealed his case until it reached the Supreme Court. The resulting decision, O’Brien vs. United States, concluded that burning a draft card was symbolic speech protected by the First Amendment. This is the case that formed the basis for the Supreme Court’s definition of symbolic speech.

As another form of protest in relation to the Vietnam War, students began to wear black armbands to show their sense of mourning for the lives lost and their disagreement with the war. The Des Moines school district attempted to prohibit the armbands, and the case made its way to the Supreme Court. In the decision Tinker vs. Des Moine, the Court ruled that wearing armbands was a protected form of symbolic speech.

Burning a cross can be protected symbolic speech, but in some cases, it is not protected. According to the Supreme Court case Virginia vs. Black, the court ruled that burning a cross could be construed as “fighting words” or an attempt to intimidate. If it were ruled as such, the cross burning would not be protected under the First Amendment.

The Freedom to Express Dissent