What Makes Someone an Antihero? Examples and Traits

If you’ve ever written a book or screenplay, you’ve heard the term antihero. While it’s easy to think of an antihero as the opposite of a classic hero, this isn’t completely accurate. Learn what an antihero is so you can write a great antihero for your next work. 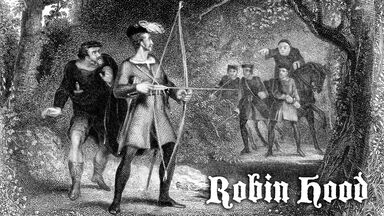 What Is an Antihero?

You might also see “antihero” spelled “anti-hero” or “anti hero.” An antihero can be defined as:

“the protagonist of a novel, play, etc. who lacks the virtues and estimable traits of a traditional hero.”

Antiheroes are types of characters in fiction who serve as main characters that lack traditional heroic qualities like courage, but audiences love them anyway. Antiheroes typically have good intentions, but their method of arriving at a desirable result is questionable.

Antiheroes often do good things, but they don’t achieve good in the same way a hero does. An antihero’s backstory is typically revealed slowly to show that they do have a good side.

Antiheroes are hard to define because there are different types who fall on a sort of sliding scale. An antihero can fit into different types and even sometimes be the antagonist throughout a single work of fiction.

Antihero vs. Villain vs. Antagonist

The main difference between an antihero and a villain is that a villain has no boundaries and bad intentions. Antiheroes do have a line they aren’t willing to cross and ultimately work for the greater good.

An antagonist stands in the way of the main character, or protagonist, in some way. An antihero doesn’t necessarily stand in a protagonist's way and is often the protagonist.

Purpose of an Antihero

Think of the famous Sirius Black quote from the Harry Potter series where he says, “We’ve all got both light and dark inside us. What matters is the part we choose to act on.” This sums up the antihero, a character who has both good and bad qualities, but often chooses to act badly to support the good.

You can find examples of antiheroes in children’s books, adult books, and even from works of fiction that are hundreds of years old.

The Millenium series by Stieg Larsson features Lisbeth Salander as an antiheroine, or female antihero. Driven by rage and revenge for attacks on her or the people she loves, this girl is anything but girly. She uses violent means to expose evil people.

From folklore to Howard Pyle’s The Merry Adventures of Robin Hood, readers meet the classic antihero Robin Hood. He steals from the rich to give to the poor, so he’s helping those who are oppressed while breaking the law at the same time.

Throughout the Harry Potter series by J.K. Rowling, Snape is portrayed as a moody, mean guy who is still in cahoots with the villain Lord Voldemort. As his backstory and secret actions are revealed, readers see that he has actually been protecting the hero Harry even though his methods aren’t ideal.

Antiheroes in TV shows and movies tend to be men, but there are more modern examples of female antiheroes.

On the hit show Orange is the New Black, Alex is mostly selfish and totally manipulative. She definitely makes bad decisions, but sometimes she chooses to do the right thing.

While Batman has been presented in many mediums from comic books to movies, he is usually portrayed in a similar way. He’s a vigilante hero who protects the city of Gotham, but rejects and defies its laws. He is mostly motivated by his feelings about the death of his own parents.

In the Star Wars franchise, Han Solo is almost a hero, but he isn’t quite as optimistic and conventional as a hero. You could argue that he became a hero in the end, but in the beginning he definitely has some selfish tendencies and shies away from following conventional laws and ethics.

Take the Good With the Bad

Audiences love antiheroes because they feel like extreme versions of real people. They struggle to make good choices, but have the greater good in mind most of the time. Think about your favorite antihero and why you like or relate to them.