What's the Difference Between a Proverb, Adage and Aphorism?

Do you have any inspirational quotes pinned to the walls around your desk? Do you like to caption your Instagram photos with happy words of wisdom? If so, you may have touched upon a proverb, adage, or aphorism. 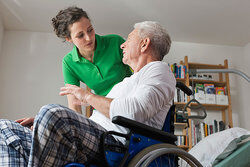 What's the Difference Between a Proverb, Adage and Aphorism?

These are "tried and true" phrases that stand out and get repeated over time because they're believed to be wise and, therefore, beneficial to our lives. One way proverbs, adages, and aphorisms align is in the fact that, typically, they aren't attributed to any one individual. It's easy to confuse the three (in fact, they're often synonyms for each other) so, what's the difference between a proverb, adage, and aphorism, really? Let us spell it out for you.

Proverbs are intriguing. They're sayings that offer advice in what seems like an obscure way but is based on common sense or years of experience.

For example, "A tree is known by its fruit." This is an African proverb indicating that your true nature is shown by your deeds. It's not enough to be labeled as a kind person in the way that a tree is labeled as a cyprus or an oak. Rather, you must show your kindness through the fruit you bear (things you do): bring food to the poor; volunteer your time with the sick.

This makes proverbs colorful, poetic expressions. Usually, they're handed down through the generations to the point where we all know them, but we don't really know who first said them. Maybe one just popped out of your best friend's mouth in the school cafeteria. The point is that proverbs are unique expressions that make an important point in an intriguing manner.

For more proverbs from around the world, take a look at these Examples of Proverbs.

Adages border on proverbs. The key difference here is that proverbs dole out advice, give you something to think about, while adages merely state accepted truths. Also, an adage is unlikely to be spouted by your friend over the lunch table. It's a common observation that, over time, becomes widely accepted as wise truth. We might see an adage handed down from an ancient Buddhist text or an excerpt of Greek mythology.

One of the most well-known illustrations of adages comes from Adagia, a collection of Greek and Latin adages and proverbs. There, we read, "Many hands make light work." It's a commonly accepted truth that teamwork lessens the load of each individual. But, adages provide a certain level of eloquence, since they're steeped in history.

This makes proverbs and adages seem quite similar, doesn't it? In fact, Adagia even compiled the two into one large collection. But, remember, proverbs tend to provide some kind of advice while adages restate commonly accepted truths. You may learn something from a proverb, with an adage, the typical response is just a nod of agreement.

So, adages are not proverbs, however, proverbs can become adages. If a proverb is repeated enough over time, it can advance to an adage.

While most proverbs and aphorism aren't attributed to anyone, some of our favorite adages can, in fact, be attributed to an author, as you can see in our Examples of Adage in Literature.

Aphorisms are a lot like proverbs. Here's the core difference: aphorism comes from the Greek word aphorismos which literally means "definition." For a statement to truly be an aphorism, it needs to be concise (like a definition) as well as memorable.

In truth, we don't use the term "aphorism" as often as "proverb" or "adage," but it's certainly a member of the same family tree. An aphorism is a short phrase that expresses an opinion or makes a statement of wisdom. It, too, focuses on moral instruction and can be quite witty.

Aphorisms tend to be more direct than proverbs and adages. A classic example is, "Actions speak louder than words." Undoubtedly, that's good advice. But you'll notice it wasn't as eloquent as, "A tree is known by its fruit."

You can recognize a proverb if the saying is spoken in metaphorical terms. An aphorism, however, tends to be more literal, as any definition should be. "Don't fire until you see the whites of their eyes," doesn't need much pondering. It simply means wait until they're very close.

Here are some more straightforward aphorisms:

For more no-nonsense advice, enjoy these Examples of Aphorisms.

Wisdom Comes in Many Forms

Indeed, wisdom comes in many forms. It can be a proverb, or a figurative sharing of wisdom. It can be an adage, or a treasured saying that has come down to us through time. It can be an aphorism, or a direct definition of proper conduct.

Each expression is a gift. The best teacher in life is experience and each of these pearls of wisdom are shared by someone who's already had experience in a particular area of life.

Many of these expressions can be dressed up in a form of figurative language. Similes and metaphors abound in proverbs and adages, particularly. If you're looking to create your own proverb, check out these Examples of Figurative Language. That may be the perfect way to package the wisdom you'd like to share.