What Was the Great Compromise? The Agreement and Its Impact 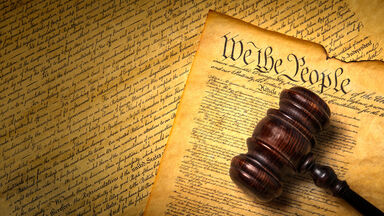 US Constitution with gavel and We the People
Advertisement

History of the Great Compromise

With the Revolutionary War ending only a few years beforehand, many people had ideas about how to run the new United States government. Edmund Randolph of Virginia proposed a bicameral (two-chamber) legislature, which meant that two chambers of Congress would represent the people. It dictated that each state would have proportional representation — meaning that larger states would have more representatives than smaller states. Delegates James Madison of Virginia and Alexander Hamilton of New York both supported the Virginia Plan.

Smaller states, such as New Jersey and Delaware, didn't approve of the Virginia Plan. The South was growing at a faster rate than the North, and smaller states wouldn't have as much power in Congress. They argued that smaller states deserved the same amount of sovereignty as larger states. William Paterson of New Jersey proposed amending the existing Articles of Confederation to allow a one-vote-per-state structure in a unicameral (single-chamber) legislature. In the New Jersey Plan, each state would have one vote, no matter its size, and the amended Articles of Confederation would serve as the new Constitution.

Sherman's Plan: Coming to a Compromise

The larger states disliked the New Jersey Plan, and it was voted down on June 19. By July 2, the Convention was at a standstill over the decision, so the delegates sent the issue to committee. On July 5, the committee submitted a report based on a proposal from Roger Sherman and Oliver Ellsworth of Connecticut, known as The Great Compromise.

Details of the Great Compromise

Leading delegates, including Rufus King of New York, opposed the compromise. However, they reached further consensus when the Convention voted to give Senators individual votes and longer terms, ensuring that states would be able to defend their independence in the federal government.

The Three-Fifths Compromise — and Repeal

Another compromise from the 1787 Constitutional Convention was known as the Three-Fifths Compromise. It stated that slave states could include three-fifths of their slave population in their total population, increasing the number of representatives they would have in the House of Representatives. The Northern states, which generally opposed slavery, settled for the compromise to get the Southern states to agree to the rest of the Great Compromise.

The Three-Fifths Compromise is mentioned in Article 1, Section 2, Clause 3 of the Constitution:

"Representatives and direct Taxes shall be apportioned among the several States which may be included within this Union, according to their respective Numbers, which shall be determined by adding to the whole Number of free Persons, including those bound to Service for a Term of Years, and excluding Indians not taxed, three fifths of all other Persons."

It was repealed in 1868 with the passage of the Fourteenth Amendment; however, the clause had long-lasting effects in the restriction of civil rights from Black Americans.

Modern Impact of the Great Compromise

Whenever you vote for your U.S. Representative or Senator, remember the Great Compromise. It ensures that states stay as sovereign as possible, but still contribute to the well-being of the nation.

A Monumental Moment in History

The Founding Fathers were only setting rules for 13 states when they formed the Great Compromise in 1787, but they knew that the country would expand in the years to come. We use these Constitutional conditions to keep our democracy working the way it was intended to work. Now that you understand more about the beginning of American government, learn more about famous American symbols and their histories. You can also continue your history lesson with over 30 fascinating facts about American presidents.