Women's Suffrage Timeline: The Road to Women's Right to Vote

The path for women to be granted the right to vote in the United States was a long one filled with struggles. Review a comprehensive women's suffrage timeline, including a visual representation of key events that led up to the adoption and ratification of the 19th Amendment, which granted women the right to vote. 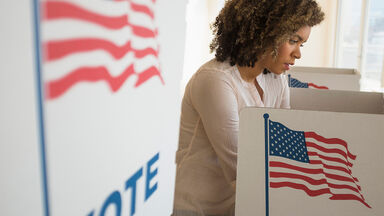 After centuries of unequal treatment and being denied the right to vote, the women's suffrage movement formalized and gained momentum in the United States during the 1840s.

As the fight for voting rights continued, activists focused on pushing for governmental action to grant suffrage to women.

After many years and struggles, women would finally receive the right to vote in the early 20th century.

Bring your understanding of the women's suffrage timeline into sharp focus by reviewing this visual representation of major events leading up to the ratification of the 19th Amendment.